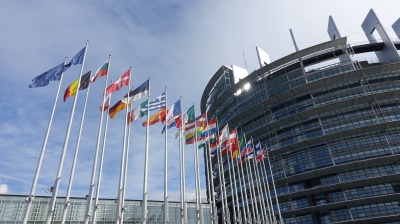 By Gunter Deuber of Raiffeisen Research in Vienna June 18, 2019

The EU summit this week will probably attract media attention mainly because of its importance after the European Parliament elections and the upcoming personnel dealings as the current European Commission approaches the end of its term in office. There will also be discussions as to whether the EU shall prepare to formally open accession negotiations with Albania and North Macedonia in the foreseeable future. It would be good to make a positive decision in this direction before the end of 2019 (e.g. at the next EU summit in October). This applies above all to North Macedonia from the point of view of the EU institutions as well as considering the conditions in the candidate country itself.

If there are more credible EU candidates, then there will also be more productive competition between the candidates from the Western Balkans to possibly reach the EU enlargement target date of 2025. At present, the EU is only negotiating with Serbia and Montenegro, which are very unequal candidates (Serbia's EU membership still seems a very distant option). However, North Macedonia and Montenegro could compete excitingly in the EU accession process. Montenegro performs considerably better than North Macedonia in some institutional and constitutional assessments, while North Macedonia is leading the way in the Western Balkans in the area of business liberalisation. Moreover, macroeconomic and fiscal stability in North Macedonia is more pronounced than in Montenegro, Serbia and Albania, according to important indicators (like external accounts, fiscal position, external debt levels etc.). In this respect, once negotiations with North Macedonia have begun, the probably most progressive candidates would officially be negotiating with the EU.

Moreover, North Macedonia has made considerable domestic and international policy advances in settling the name dispute with Greece, which now need to be rewarded. After all, the settlement of the long dispute with Greece is an important signal for the entire Western Balkans including Kosovo and Bosnia & Herzegovina. It is also true that the EU would be making a clear commitment to the Western Balkans region in geopolitically difficult times by expanding the circle of candidates. In this context, the geo-economic importance of Albania in the European energy poker (keyword TAP) should also be pointed out, an issue that is attracting increased attention at EU level. Foreign policy and geo-strategic capacity to act should therefore be guaranteed, despite all the important discussions currently taking place within the EU.

But in real political terms, the start of accession negotiations with both North Macedonia and Albania is hardly likely in the foreseeable future. In the case of Albania, there are even more deeply rooted concerns, for example about corruption or the ‘Greater Albania’ ambitions of some local politicians. In this respect, it will be crucial that in the coming days and weeks a certain detachment from a “package solution” (the start of negotiations with North Macedonia and Albania at the same time) emerges at EU level (for example in relevant EU summit declarations) in order to give "only" North Macedonia a perspective for the start of negotiations by autumn at the latest.

The country is the less politically controversial candidate and should also be in a better position to operate successfully in the EU economically. Some national parliaments and governments of important Western European EU states are showing clear reservations about Albania because of the reasons outlined above, and somewhat less about North Macedonia.

In this respect, the opening of EU accession negotiations with only one more candidate would be a viable and differentiated solution that would also fit in with the general EU political approach of small steps and minimal solutions. Anything other than such modest, but also positive signals would be a disappointment regarding the EU enlargement process and the EU's ability to act.