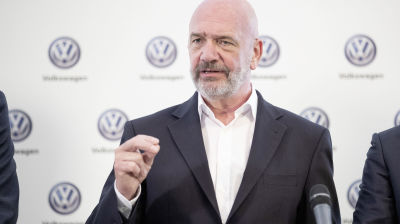 Turkish strongman Recep Tayyip Erdogan’s latest enemy is Volkswagen’s powerful trade unions. They have vowed to block the auto giant’s proposal to build a $1.4bn plant in Turkey until the violence brought about by the country’s military offensive in northeastern Syria has been brought to an end.

“I want to state this very clearly: the labour representatives repudiate approval as long as Turkey attempts to attain its political goals with war and force,” VW’s global works council chief and supervisory board member Bernd Osterloh was quoted as saying in a staff newspaper.

Volkswagen said on October 22 that it was not scouting for alternative locations to Turkey for the factory, but added that its plans were on hold as it “watches developments”.  Nevertheless,  Bulgaria, Romania, Serbia, Croatia and Slovakia have been dusting down plans to make their case for securing the investment. And if Erdogan allows it to slip from his grasp the FDI loss will come as a big blow to his country, struggling to emerge from the tough recession and destabilised investment environment that followed the summer 2018 Turkish lira crisis.

Indeed, so keen has the Turkish leader been to win the VW plant that a month ago he ordered senior officials in his ruling Justice and Development Party (AKP) to switch to Volkswagen's Passat model as a demonstration of Ankara’s willingness to help make a success of the project for the German automaker.

At the end of August, German state media outlet ARD reported that VW finally decided to build its planned factory in Turkey rather than Bulgaria because of the size of the local auto market, even though labour costs are much lower in Bulgaria. Turkey’s population stands at around 82mn people. The Syria invasion, however, could very well see a reversal of that decision, even though Turkish officials appear to have been bending over backwards to come up with a formula that might address VW’s concerns over Turkey’s tax regime for automakers.

The envisaged factory would be capable of rolling out around 300,000 cars a year. It would provide a base for VW’s expansion in Turkey and the Middle East. An expectation is that some of the output would be made up of models from the company’s Czech subsidiary Skoda Auto and Spanish unit SEAT.

Shares of Dogus Otomotiv, the distributor of VW vehicles in Turkey, reversed gains and traded down 0.7% at 13:53 Istanbul time after Bloomberg put out the initial report on the VW unions’ concerns.

Chief financial officer at VW Frank Witter told reporters on October 31 that there was no immediate time pressure to seek alternatives to Turkey for the plant investment and that capacity can be added at existing sites in Slovakia and elsewhere.