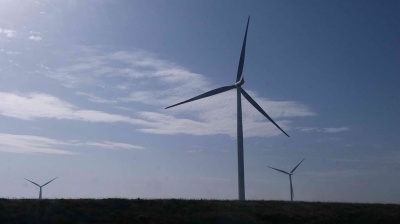 Bohemia Energy, the largest group of alternative energy suppliers in Czechia, has around 900,000 customers.
By bne IntelliNews October 14, 2021

Bohemia Energy, the largest group of alternative energy suppliers in Czechia, with around 900,000 customers, is leaving the Czech energy market due to the rapid rise in energy prices, the company announced on October 13.

The continuing growth in energy prices has triggered the bankruptcy of the company.

The group will apply to the Energy Regulatory Authority (ERA) to revoke licenses of all its companies, Bohemia Energy, Comfort Energy, Energie CS, Europe Easy Energy, Amper Market and X Energie. All the customers will be provided energy by the so-called supplier of last resort – i.e. the main supplier in the distribution territory.

Depending on the specific region, the suppliers of last resort for electricity supply are German E.ON Energie (southern parts of Czechia), Prazska Energetika (Prague and its immediate surroundings, part-owned by German Energie Baden-Württemberg AG Group) and CEZ Prodej (central and northern parts of the country, part of the state-owned CEZ utility). Gas suppliers will be German E.ON Energie (South Bohemia region), Prazska Plynarenska (Prague and the surrounding area, owned by the city) and innogy Energie (the rest of the country, part of German Eon group).

The move follows the news that the main alternative energy supplier in neighbouring Slovakia, Slovakia Energy, is also giving back its licence due to the high energy prices.

"It was the hardest decision we had to make. We founded Bohemia Energy more than 15 years ago and our mission has always been to be a reliable and profitable energy supplier," commented Jiri Pisarik, owner of Bohemia Energy.

"A new contract with any supplier must be concluded within six months. Any consumption of electricity or gas after this period is considered unauthorised and risks cutting off the energy supply," said the Energy Regulatory Office on its website.

According to ENA analyst Jiri Gavor, the situation might be further complicated by the fact that some energy suppliers are currently not recruiting new customers due to high energy prices.

"If the customer is already in the protection regime, it is quite logical that he will receive an offer from the supplier of last resort. Generally speaking, in these emergency situations, this is an opportunity for traditional, strong suppliers," Gavor said.

The Chamber of Commerce proposes the immediate establishment of a crisis council to address the current situation on the energy market, whose price is rapidly rising.

"The government, the entire political representation and the ERA must act quickly, the situation needs to be urgently addressed now and stabilized very fast. The ERA should also investigate the market situation, whether the suppliers have contracted sufficient electricity supplies," said Jaroslav Hanak, president of the Confederation of Industry and Transport.

Prime Minister Andrej Babis suggested temporarily cancelling VAT on energy bills during a TV debate before the election. The EU Commission is unlikely to permit that, unless it is restricted to low-income households.

The rising price of electricity and gas is likely to increase inflation up to six percent, said the analysts, while an increase of more than one percentage point can be expected not only due to the energy price growth, but also because other companies outside the energy sector will have to reflect this in their prices. Bohemia Energy´s move is, however, not expected to affect energy prices, as the group is not primarily an energy producer.

Jakub Seidler, chief economist at the Czech Banking Association, warned that the development of energy prices could significantly undermine the post-pandemic recovery of the European economy.

"It can be expected that a large part of the market will join the price growth by the end of the year. Energy prices represent less than 10% in the consumer basket and a 10% growth in their prices will thus raise headline inflation by almost one percentage point," Seidler said.

He also warned that this is only a direct impact and does not take into account that many companies will have to pass on the higher energy-related costs to their customers. "Inflation will therefore accelerate noticeably further in the coming months as a result of developments in the energy market, but this was expected even without today's news," he added.