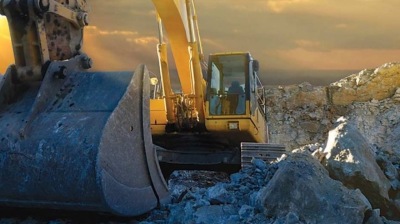 The Eurasian economic integration strategy until 2025 is designed to help Eurasian Economic Union member states to increase non-resource exports by a quarter, Chairman of the Eurasian Economic Commission Mikhail Myasnikovich said at the discussion panel "EEU 2.0: Transition to a New Quality of Integration" at the Gaidar Forum in Moscow, BelTA reported on January 15.

“This document will help us increase import substitution in the Eurasian Economic Union by at least 10-12% and non-resource export[s] by 22-25% to third countries,” Myasnikovich said as cited by the news agency.

The potential of the EEU Treaty is strong enough to enable the EEU to significantly increase its share in the global GDP, which stands around 3.7% today, Myasnikovich said.

"We see problems and are working on them," the head of the EEC Board said. "I would like to emphasise that the strategy, which was approved by the heads of state of the Eurasian Economic Union on 11 December 2020, provides for measures to address all the problems in the union."

Myasnikovich also touched on the issue of harmonisation of the national laws of the EEU countries. According to him, this does not threaten sovereignty, but strengthens trust between the countries, sends positive signals to business and citizens and shows that co-operation is profitable and steady. "The main thing is that it nurtures social loyalty to the integration in the EEU," Myasnikovich noted.

Myasnikovich is in favour of setting up joint Eurasian companies. "We need to think seriously at the level of the Commission, at the level of national governments, on which projects we should focus our efforts in order to complement each other and produce competitive products," Myasnikovich said.

The EEC continues working on the alignment of Eurasian integration and the Chinese Belt and Road Initiative (BRI) and promoting the idea of a greater Eurasian partnership, emphasising the importance of consolidated actions to form transport and logistics connectivity in Eurasia, Myasnikovich added.

Belarus has been ejected from the Eurovision song context after the band, Galasy ZMesta, submitted a politicised song mocking anti-government protests for the second time. The country was told to ... more

The Belmedpreparaty pharmaceutical company has started mass production of the Russian vaccine against coronavirus (COVID-19), BelTA reports. “The bottling of first commercial batches of the ... more

The Development Bank of the Republic of Belarus (DBRB) will designate BYN946mn ($365mn) to finance state programmes and activities in 2021, according to a resolution published on the National Legal ... more