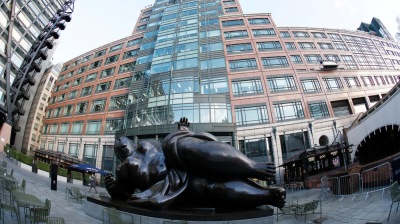 The EBRD has set up a €1bn emergency package to help its companies that are facing an economic shock due to the coronavirus pandemic
By bne IntelIiNews March 15, 2020

The European Bank for Reconstruction and Development (EBRD) has unveiled an emergency €1bn “Solidarity Package” of measures to help companies in its regions deal with the impact of the coronavirus pandemic, the bank said in its March 13 press release.

“This is an initial response to the crisis and the Bank stands ready to do more if and when needed,” the bank said in a statement.

The bank has major investments across 38 emerging economies in Emerging Europe, Eurasia and North Africa. In many markets such as Ukraine, it is the single biggest investor and counts banks, agricultural companies, manufacturers and renewable energy producers among its partners.

Under the emergency programme, the EBRD will set up a “resilience framework” to provide financing for existing EBRD clients with strong business fundamentals experiencing temporary credit difficulties, the bank said.

He added: “To respond in solidarity with its shareholders, countries of operations, partners and clients, the Bank has today established a resilience framework comprising €1bn of new and additional funding for existing clients, comprising emergency liquidity, working capital and trade finance. This is a first step. The Bank stands ready to further scale up its response, and is taking active and urgent steps to review, adjust and expand its financing instruments, in partnership with its countries of operations, partner IFIs and the international community.”

The planned measures will include an expansion of trade finance and the provision of short-term finance of up to two years through financial institutions, specifically in support of small and medium-sized enterprises.

The Bank will seek to provide short-term working capital facilities of up to two years for other corporates and energy developers and balance sheet restructuring and short-term liquidity support for municipal, energy and infrastructure clients.

The response will put a premium on providing a rapid response to the needs of companies that are suffering from the effects of the coronavirus and the global economic turmoil that has ensued, the bank said.

In formulating its own response, the EBRD is closely following the statements of its major shareholders and co-ordinating with other multilateral development banks in order to exchange ideas and learn from previous experiences.

This EBRD’s package of emergency measures comes as the bank is already pledging strong support generally for its existing countries of operations and follows a record level of investment of €10.1bn in 2019.

The bank is acting as the full implications of the ongoing pandemic are forcing governments across the region to respond to the crisis. While a week ago many countries in New Europe were reporting their first cases (or denying they had any cases at all), a week later many of the same countries are shutting down schools, cancelling international train trips and closing their borders to foreigners. The economic impact of all these measures is expected to be significant.

The EBRD’s economists are predicting economic output to be affected right across its regions of operations, with growth seen slowing especially in Central Asia and also in Eastern Europe and the Caucasus, Russia and Southeastern Europe, the bank said.

Countries that are highly integrated into global supply chains, and in particular have direct dependencies on China and Europe, are likely to suffer most from the virus. The tourism industry is likely to be affected in many of the EBRD’s countries.

The recent slump in oil prices will have also an impact on oil producing countries in the EBRD regions and the flow of remittances from workers back to their home countries is also anticipated to slow. Many countries in the region such as Albania, Tajikistan and more recently Ukraine are highly dependent on remittances, which make up a large share of their GDP.

In Ukraine’s case, it has been running a trade deficit with Russia and the EU of circa $4bn a year, but this is covered by the circa $12bn of remittances sent home by workers abroad. If these remittances dry up it will put extra pressure on an economy already seeing a slowdown since the start of this year.