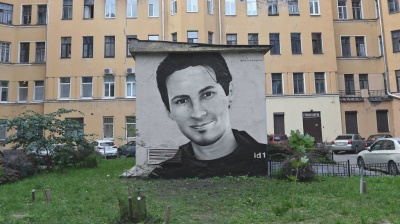 The founder and owner of the Telegram messaging service is seen as something of a folk-hero after he successfully defied Russia’s FSB’s attempts to close his service down. He has set up several highly successful internet projects.
By Ben Aris in Berlin January 15, 2021

Russia’s most famous tech entrepreneur and the creator of the Telegram messaging service has rejected an offer by Western funds to buy a 5%-10% stake in the company with a valuation of $30bn, reports The Bell, citing investors with knowledge of the deal.

The news comes as Telegram’s user base has soared in the last weeks after rival service WhatsApp announced it would share more user data with its parent company, Mark Zuckerberg’s Facebook, leading to a mass exodus from WhatsApp by users over privacy concerns.

The ultra-secure Signal messaging service, which has become increasingly popular amongst Russians, also saw its user base expand, albeit to a lesser extent.

Western investors have been looking for a way to recoup some value after they invested $1.7bn into Durov’s TON blockchain project that could have become a major disrupting technology for businesses like credit cards.

The money was raised with two ICOs (Initial Coin Offerings) in February 2018 and in April the same year in the biggest ICO ever. Durov initially offered to launch the TON blockchain in the autumn of that year or give investors their money back. However, progress was slow and Durov asked for, and received, several delays from investors.

“Today is a sad day for us here at Telegram. We are announcing the discontinuation of our blockchain project. Below is a summary of what it was and why we had to abandon it,” Durov announced on his Telegram channel on May 12, 2020.

Telegram raised $1.7bn from 171 investment funds and wealthy individuals during the ICO in early 2018, including 39 US investors. The SEC launched a lawsuit in October 2019 claiming that TON was an unregistered securities sale. In March 2020, a US judge ruled that Telegram cannot launch its blockchain or issue the Gram tokens until the case has been resolved.

Some commentators speculate that the US credit card industry had put pressure on the US government to ban TON, as it could have undermined the whole industry, worth hundreds of billions of dollars, and they were keen to quash the competition before it could become established.

The court ruling and Durov’s decision to kill the project off have left investors wondering how they can extract some value from their investment. That has left them eyeing the Telegram messaging service, which remains privately owned, and Durov has already promised that the investors into his 2018 ICO may be compensated with shares in Telegram.

How much is Telegram worth?

The Western funds offered to buy 5-10% of Telegram based on a valuation of the entire business at $30bn, reports The Bell, the first time a valuation has been put on the business by outside investors.

Durov refused the offer, a source close to the talks told The Bell, which was confirmed by a second source in the talks, the Russian-language publication reported. The offer was made at the end of last week, and Durov has already rejected it, the interlocutors say.

The valuation is significantly higher than previous estimates for the value of the company. Durov estimated the “possible value” of the company at $3-4bn in an interview with Russian business magazine Sekret Firmy in 2015, referring, among other things, to the proposals he received at that time. Telegram had about 60mn monthly active users at that time, which has now swelled to more than 500mn.

The Russian state tried to ban Telegram last year as Durov refused to hand over the digital keys to the Federal Security Service (FSB). Its end-to-end encryption has made the service uncrackable. After a very public showdown and an embarrassing failure by the Russian authorities to shut the service down, Russian lawmakers finally backed off last year and allowed the service to continue to operate. The whole fiasco only raised Telegram’s profile, attracting millions of new users.

Telegram’s image as one of the best and most secure messaging services has only been enhanced in the last six months, when it proved to be the only messaging service that Belarus' self-appointed President Alexander Lukashenko’s administration was unable to block during the mass demonstrations that took off following the disputed August 9 presidential elections.

Telegram is also widely used in Iran, where the government has also tried, and failed, to limit its use by the population that use the service to share news and undermine the government’s monopoly control over the information flow.

On top of Telegram’s successes, its main rival WhatsApp has been suffering from reputational problems since it was bought by Facebook in 2014 for $21.8bn. At the time, WhatsApp had 400mn actively monthly users and since has grown significantly. Today WhatsApp is by far the most popular messaging service in Russia, with two thirds of Russians that use such a service, using WhatsApp.

The WhatsApp deal valued one active user at $55. Using the same active user valuation estimate would value Telegram, with some 500mn users, at $27.5bn.

“The WhatsApp rating is the simplest benchmark, but the market can be assessed as you like,” said Aleksandr Chachava, managing partner of Leta Capital, as cited by The Bell. “If they [Telegram] convince investors that they can monetise their audience by offering a good business model, the company could be much more expensive. For example, Zoom's audience is half the size, but its capitalisation is $100bn."

According to reports, Telegram has been looking for investment capital recently and asking for $1bn that would be redeemed during an eventual IPO.

Telegram spokesman Markus Ra in a conversation with The Bell admitted negotiations with potential investors are underway. But the decision "on which way to go" has not yet been made.

At the same time, Telegram does not want to take on obligations that provide for "any form of exit" for potential investors, Ra said. The company is not preparing for a sale, or a merger, or an IPO at the moment, Ra said.

Commenting on The Bell’s report of an offer by western funds to buy a stake, Durov said that he himself had not met with any "banks and investors", but his team did receive offers to provide Telegram with a loan.

Durov added that for a messenger, obtaining a loan is one of the possible ways "to remain completely independent and true to our values, “while implementing a monetisation strategy."

The company is reported to be short of money after it had to pay back most of the money it raised during the 2018 ICO. The US SEC imposed a minor fine of $18.5mn on the TON project in June last year for acting as an unregulated security, but one of the conditions of the deal with SEC is that Durov should pay back $1.2bn raised from the international investors. Telegram commented that over $1.2bn of investment in TON had already been repaid either in cash, or liability agreements.

Until now, as far as is known, Durov financed Telegram mostly alone. Durov has already made a fortune with other internet projects such as VKonteake.ru, Russia’s biggest social media site and the Russian language equivalent of Facebook.

Durov and his brother Nikolai are the sole owners of Telegram. Durov had previously refused to let external investors into Telegram, explaining this by his desire to maintain independence. He also promised this to the users.

But the TON project has consumed a lot of money. Two years ago, in a presentation to investors, Telegram predicted that by 2021, server costs will grow to $220mn from $70mn in 2017, The Bell reported at the time.

A new convertible debt offering for $1bn that is now reportedly on the table will support the expansion of Telegram, and Durov will finance the company from his own pocket before it goes public, writes The Bell. At the same time, Durov will keep the majority of the voting shares for himself in order to maintain control.

If the company is to IPO then now is the time. International equity markets are awash with liquidity thanks to the stimulus money governments around the world have been pouring into markets in the wake of the coronavirus (COVID-19) pandemic. Major stock markets are at all-time highs and stock prices are expensive. Equity investors are looking for something new to put their money in. The recent IPO of Russian e-commerce company Ozon Holdings raised more than twice the $500mn it was initially asking for at the end of last year. Another mooted IPO of “the Netflix of Russia,” the company ivi.ru, is expected to raise $1bn if it goes ahead. Ivi.ru registered for an IPO with NASDAQ in December.

The brouhaha that has followed the decision of Twitter and other social media to ban outgoing US President Donald Trump has only created a tailwind for Telegram, which has been the major beneficiary of the scandal. Even the presidents of Brazil and Turkey have just joined the service and opened Telegram channels in the last week.

“Perhaps we are witnessing the largest digital migration in human history,” Durov told The Bell.