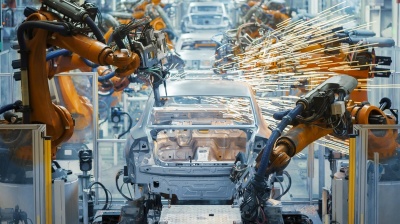 Czechia spent a record €3.9bn on R&D in 2018, which has contributed to making it the most competitive economy in Central Europe
By bne IntelliNews October 17, 2019

At the end of last year, 113,500 people were employed, both as part-time or full-time, in R&D sector in the country. Over the past five years, their number has increased by around 20,000.

The country, however, is still lagging behind neighboring Austria and Germany, which together with Sweden and Denmark spend more than 3% of GDP on R&D.

Business contributed to an increase in expenditures the most, by total CZK59.9bn (€2.32bn) last year, representing 58% of all spendings and 1.12% of GDP. One third of spendings on R&D was provided by the state. “A record CZK35bn (€1.36bn) was spent on R&D from the state budget, which is by CZK3.8bn (€147.5mn) more compared to 2017,” said CSO Director of Society Development Statistics Department Martin Mana.

The share of the EU support on Czech R&D spending amounted to CZK6.3bn (€244.6mn). “Since 2016, R&D spending has been growing faster in the Czech Republic than the economy itself,” Mana noted.

The fastest growth is recorded in the labour costs, particularly wages, which have increased by two thirds from CZK34bn (€1.32bn) in 2013 to CZK54bn (€2.1bn) in 2018. The labour cost accounted for 53% of R&D spending last year, 43% five years ago. “On the other hand, the share of investments has fallen, mainly due to a decrease in EU funding,” added Mana.

At the beginning of the year, Czech Prime Minister Andrej Babis (ANO) announced new innovation strategy “Czech Republic: the Country of the Future 2019 – 2030” inspired by the Scandinavian countries, Switzerland and the Netherlands. Following the strategy,  the country will become one of the strongest innovators by 2025, and among the innovation leaders and EU7 by 2030.