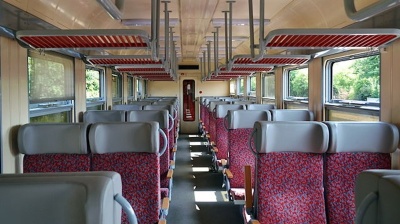 Czech state-owned railway operator Ceske Drahy (CD) posted a loss of CZK1.98bn (€74.3mn) in 1H20, caused mainly by traffic regulations due to the COVID-19 pandemic, the company said in a press release on September 10.

"After the introduction of measures against the spread of the disease, the number of passengers in our trains decreased by more than 90% compared to the normal situation. Because of the need to maintain sufficient capacity and frequency of transport in order to minimise the impact on the state's economy and the health of the population, it was not possible to significantly reduce costs. However, revenues fell to a minimum,” said CD chairman and CEO Vaclav Nebesky.

Passenger transport saw a loss of CZK1.92bn. As put by Nebesky, even though the COVID-19 related restrictions gradually eased, CD had not been able to revive to its 2019 figures especially due to a massive drop in international travels. “In the whole half-year, we transported 59.8mn customers, which is approximately a third less year-on-year," he added.

Freight transport operated by subsidiary CD Cargo also posted a loss. While in previous years it had a significant share in the profit of the entire group, in 1H20 it recorded a loss of CZK44mn. This year's negative figures were affected by decreased transport of selected commodities, especially in the automotive industry and in the transport of containers to and from China.

Despite the coronavirus crisis, CD Cargo continues to successfully expand into foreign markets. Under its own license it already operates in all neighbouring countries, i.e. in Poland, Austria, Germany and Slovakia.

The billionaires club, where the mega-wealthy go to meet each other
CEZ approves sale of Romanian assets to Macquarie
Czechia moves towards full lockdown as government restricts movement of citizens