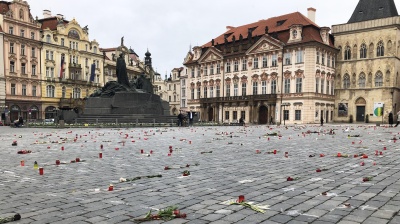 Blatny is the third health minister Babis has removed since the beginning of the pandemic little more than a year ago, as the government struggles to handle one of the worst COVID-19 epidemics in Europe and the prime minister's poll ratings continue to slide.

When appointing Arenberger, President Milos Zeman, who backs closer Russian and Chinese relations with Czechia, blamed Blatny for the high COVID-19 death rate in the country, referring to Blatny´s refusal to use Russian and Chinese vaccines without EMA (European Medicines Agency) approval.

He reiterated his request to buy Russian and Chinese vaccines when he appointed Arenberger, while Babis denied the ministerial change was to clear the way for Sputnik V use. Babis confirmed he would wait for EMA´s approval.

"The reason is not that I was dissatisfied with his work. He was really a very hard-working minister .... The problem was that we differed on how the health ministry should be operating. We discussed this right at the beginning of our cooperation. I emphasized that marketing, communication, PR are also important," Babis said.

“In my opinion the reason behind my dismissal was political, and the PM is perfectly entitled to make such a decision. I want to say that my conscience is clear. All the decisions that I made in office were based on my best professional judgement and medical opinions,” Blatny said.

“One possible interpretation of the prime minister’s decision is that he too thinks that we are now over the worst,” he added.

Babis´ first health minister Adam Vojtech announced his resignation at the end of September after three years in the office amid constant criticism from Babis over his handling of the pandemic.  Vojtech said he wanted to create space to tackle the COVID-19 pandemic at a time when the situation in Czechia had significantly deteriorated.

Vojtech was replaced by the epidemiologist Roman Prymula, who was one of the most important figures during the first wave of the COVID-19 crisis.

Prymula remained in the office just one month after his appointment. He resigned at the end of October when he was photographed by the Czech tabloid Blesk leaving a Prague restaurant without a facemask, thus breaching his own anti-coronavirus restrictions on masks and restaurant closures.

Arenberger takes over the office as the number of positive cases are going down again and the Czech hospitals return to more normal capacity. Czechia has had one of the highest numbers of COVID-19 deaths per capita in the world during the pandemic. Its death toll has climbed to over 27,000.

From April 12, the government will lift some emergency restrictions by reopening elementary schools and cancelling a ban on curfew and free travel around the country.

Willingness to be vaccinated rises sharply in Emerging Europe