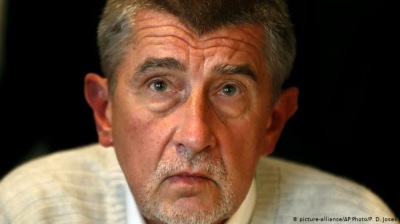 Czech Prime Minister Andrej Babis (ANO) and his ministers have been busy traveling around the world, spending millions in public money on 290 business trips abroad.

As daily E15.cz reported on October 9, the prime minister, his Minister of Foreign Affairs Tomas Petricek (Social Democrats) and Minister of Defence Lubomir Metnar (ANO) used Czech military aircraft most often, mostly due to its flexibility, security and capacity to hold a large delegation.

The cost of public officials travels this year amounted to higher figure compared to last year, when they travelled by military aircraft in trips that cost CZK58mn (€2.25mn). In 1H19, the expenditures reached CZK53mn (€2.05mn), which is expected to reach CZK70-90mn (€2.7mn-3.5mn) by the end of the year.

“The costs in 2018 were low mostly due to fewer trips by members of the minority government without confidence in 1H18,” explained the Defence Ministry spokesman Jan Pejsek, e15 quoted.

The Defence minister undertook the most expensive business trip in the history of the ministry, to a trade fair in Indonesia in November 2018, which cost more than CZK700,000 (€27,105). “That was a commercial journey, including cost for the whole delegation," said Pejsek.

The opposition considers content of visits more important than the cost itself. “When the Prime Minister flies to negotiate an increase of EU agricultural budget, it is not clear whether he represents the Czech Republic or Agrofert,” noted the Pirate Deputy Mikulas Ferjencik.