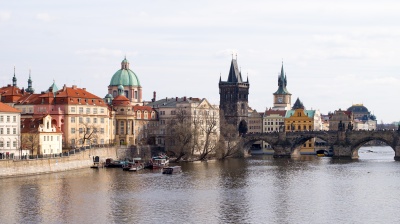 The Czech National Bank (CNB) took aggressive actions to burst a potential real estate bubble before it gets too big on June 12 by increasing the banks capital buffer rate to 1.5% effective from July 1, 2019 and tightening lending policies on mortgages effective from October 2018.

The CNB introduced a raft of tough prudential rules to ensure that consumers don't overload themselves with debt. The regulator recommended that banks set an overall recommended limit on indebtedness to nine-times the total yearly income of the mortgage applicant, and limit the debt repayment load to 45% of the applicant's monthly net income.

It has sparked heated discussion about CNB policy in three main categories: impacts on the financial sector, society and the property market.

“The Czech financial sector has developed highly favourably since spring 2017. According to the CNB’s aggregate assessment presented in the macro-prudential dashboard, it has maintained a high level of resilience to possible adverse shocks,” the CNB said in its Financial Stability Report 2017-2018, also published on June 12. “This is being fostered mainly by the maintenance of sufficient capitalisation, stable funding sources and an extensive buffer in the form of quickly available liquidity.”

The CNB has chosen to act as it sees tangible risks in excessive optimism that has driven house prices up on the back of the buoyant economy. The financial sector has peaked and created obvious cyclical risks, mainly related to a boom in property prices and the growing size of mortgage loans in proportion to wages. Czech housing prices expanded faster that anywhere else in the EU throughout most of 2017.

Analysts have said a nascent real estate bubble is already receding and could soon burst. But the growth in prices is still a worry, especially in Prague, where AirBnB is driving out regular tenants and the rate of issuing construction permits for new apartments has long outstripped demand.

In response, the CNB has slammed on the brakes and issued very conservative recommendations, in effect saying, “We won’t let the 2008 crisis happen again.”

Both the CNB governor Jiri Rusnok and vice-governor Vladimir Tomsik have reiterated the point. “There is warning information considering the ability of an applicant to pay back loans from ordinary income. Almost one-tenth of provided loans were what we consider risky,” Tomsik wrote in a commentary for the Czech business daily Hospodarske noviny.

“Debtors are getting more vulnerable. If the economy worsened, households would get into trouble with repayments. And there is a greater probability that riskier applicants will apply for mortgages,” Rusnok said.

Often-cited Cyrrus chief analyst Lukas Kovanda criticized CNB policy in a piece for Czech business daily E15. He argues that the central bank, obsessed with financial stability, is creating bigger problems by only tackling the superficial ones, which the free hand of the market would solve on its own.

Czech banks were in good financial standing during the 2008 crisis, and there was no need for public money to come to their rescue, Kovanda said, yet their reward is greater CNB regulation, which will hurt business.

Rusnok anticipated such criticism in an interview for Radio Plus on June 11. “It is our policy, and we have to do it. I know that financial institutions won’t be happy.”

The CNB measures will have a social impact. Tightened mortgage policy will affect one-third of applicants, analysts said. But the impact won’t be distributed evenly. “Singles or young families will have to live longer, maybe their whole lives, in rental housing,” Raiffeisenbank analyst Helena Horska said. “The rents will be increasing at higher pace especially in bigger cities and their surroundings.”

The unemployment rate in Czechia dropped to 3% in May, the lowest level in the EU and OECD, but living expenses are outpacing wages increases, particularly outside of Prague. Along with the Czech capital, the second-largest city, Brno, will be hit hardest by the CNB measures. Young couples and students say that without personal connections, finding affordable housing is becoming next to impossible. “People, especially in Prague, are paying more on rent than they would on a mortgage,” said Central Group director Michaela Tomaskova.

CNB governor Jiri Rusnok said that there has been a “fetishization” of home ownership. “It is a bit off the wall. And I understand it is reminiscent of the previous [communist] regime. But in Germany maybe 50%, even less, of the people own their homes. In Czechia, it is 70%-80% and there are notions it is almost a human right to have your own home and quite early on. It is not like that”, he told Radio Plus.

The third impact is on the property market itself. The average prices of flats increased in Czechia by 12 percentage points (pp) in the first quarter to 129.6 points. On a quarter-on-quarter basis, prices increased by 3.1pp, according to the Hypotecni Banka (HB) Index published on June 10. The basic value of the HB Index – 100 points – is calculated to January 1, 2010. Over the past eight years, the prices of flats have increased overall by almost 30pp.

It is hard to say if and when the CNB policy will halt or even reverse the trend. According to property developers, it serves to strengthen the position of buyers and speculators investing into properties. “There is not a price bubble, but the CNB can create one,” Ekospol general director Evzen Korec said.

The CNB has left LTV (loan-to-value) limits at 90% (individual limit) and the recommended amount of new loans with LTVs of 80%–90% is still capped at 15% (aggregate limit). Banks are overall respecting the 15% limit, but they still provide some loans in excess of 90%, as the CNB recommendations are only that – recommendations and not mandatory. Moreover, some properties are valued “too optimistically,” which undermines the point of the recommended limit.

As for the counter-cyclical buffer rate, it will be one of the highest in the EU. The CNB raised the rate for domestic banks to 1.25% of domestic lending, from 1% from January 2019, because of rising household indebtedness, on December 18. And speculation is rife that the central bank will raise rates again before the end of this year, putting more pressure on would-be home buyers.

“A number of factors spoke in favour of the increase. Rapid growth in bank loans, especially loans to households for house purchase and consumption, is continuing,” Czech National Bank Vice-Governor Vladimir Tomsik said at that time. “This buffer is aimed not at stopping lending, but at creating a buffer for worse times in the current good times.”