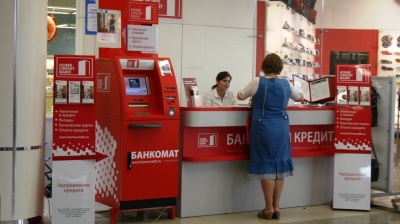 The committee’s decision clears the way for the listing to go ahead and next up is talks with potential investors. During the application process, HK Stock Exchange analyses whether a business model of the interested company is in line with the local market standards. The talks with investors should start in the coming weeks after which Home Credit will decide if there is enough demand for its shares before making an offering.

Recently, Home Credit Group announced that its subsidiary Home Credit N.V. (HCNV) has “submitted the Post Hearing Information Pack (PHIP) to The Stock Exchange of Hong Kong Limited (HKSE) with respect to a contemplated global offering of HCNV shares,” which “contains, among other things, certain business and financial information relating to HCNV”, adding that “there is no assurance that the listing or any global offering of HCNV shares will take place or as to when it may take place.”

However, there is some speculation that the ongoing public protests in Hong Kong may delay any listing plans. As the chief economist of the Czech Fund Lukas Kovanda noted, due to the current clashes of Hong Kong protesters and Chinese government, the stock exchange “has put in its worst performance since the first half of the 1980's, when it was decided that the territory will pass from the British administration to the Chinese one.”

The spring rally that got under way at the start of the new year has received a boost from Russian President Vladimir Putin's proposed constitutional changes and the appointment of a new government, as both the RTS and Moex Russia index hit new highs

Prime Minister Ludovic Orban cited the EU's new Green Deal rather than security issues or cost concerns circulated previously as the main reason behind a potential end of the deal with CGN.