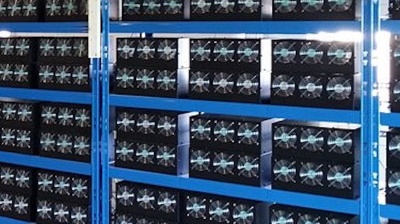 Crypto mining machines were among the most commonly detected illegal users of electricity in 2018 in western Bulgaria, the local unit of CEZ reported on March 11.

Many facilities with installed equipment for crypto mining were detected to use electricity provided by CEZ illegally. The company said that the energy consumed by one such facility was 50 MWh per month, which is equal to the average electricity consumption of between 100 and 150 households.

CEZ has also discovered 121 illegal cases of electricity consumption by restaurants and bars, 38 production facilities and warehouses, more than 90 shops, more than 40 offices and others.

CEZ has been trying to sell its Bulgarian assets for nearly two years. Currently, the company is in talks with India Power Group. India Power has offered to pay €355mn within five years versus €342.4mn offered by local firm Inercom to be paid immediately. However, according to unnamed sources from CEZ, India Power is attempting to change its offer, using the fact that Inercom is no longer a competitor.

The Indian company is part of Kanoria Foundation Trust, which unifies the businesses of the Kanoria family. Unlike Inercom it is a large concern; its value is estimated at $10bn. India Power produces wind, solar and thermal energy, and also deals with electricity distribution.

In Bulgaria, CEZ operates an electricity distribution business with 2mn customers, a retail electricity supplier, and a wholesale trader. The Varna coal-fired power plant also owned by the firm has an installed capacity of 1,265 MW, and was recently acquired by Ahmed Dogan, the chairman of honour of Bulgaria’s ethnic-Turk Movement for Rights and Freedoms (DPS). In addition, CEZ owns two renewable plants.