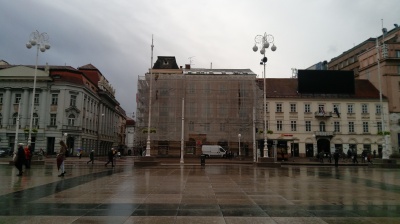 Croatia’s population decreased by 9.25% in ten years to 3.89mn, preliminary results from the census carried out by the state statistics office in 2021 showed on January 14.

The population decreased by nearly 400,000 people, which mainly reflecte the negative ratio of births versus deaths, according to the statistics office.

According to demography experts Ivo Turk and Ivan Cipin, this was the biggest decline ever and the population could go down to 3.5mn by the end of the decade, N1 reported. The previous census, carried out in 2011, showed a 3.4% decline, while in 2001 the decrease was 7.25% compared to 1991.

"This [significant decline] speaks enough about the negative and poor demographic indicators in Croatia. It should be noted that this is not even the worst thing, because it remains to be seen what is the age-gender structure of the population," Turk commented as quoted by N1.

Cipin commented that the increased death rate in the past two years due to the coronavirus (COVID-19) pandemic has also contributed significantly to the population decline.

Mass emigration, which intensified since Croatia joined the EU in 2013, also contributed to the decrease of population.