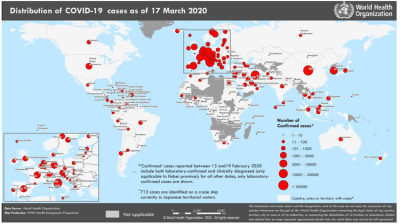 Montenegro, with a population of just 631,000, is the last country in the Central and Southeast Europe region to report a coronavirus outbreak. The virus is now present in countries across the region and continues to spread despite governments’ efforts to contain it.

In Montenegro, the government previously took measures to delay the outbreak, closing schools and public facilities and banning public gatherings.

Of the two infected people, one returned from the US 12 days ago, while the other had travelled to Spain. The two cases are in the capital Podgorica and in the Adriatic coastal town of Ulcinj.

“It is clear that the first cases of infections were not unexpected and it is very likely that soon new cases will be discovered,” Markovic said.

He urged people to be disciplined and follow the adopted measures so that the spread of the virus is contained. Montenegro has determined four locations for quarantine.

The largest outbreaks to date on the continent are in Western Europe, where 27,980 cases had been reported in Italy as of March 17. Other countries with major outbreaks are Spain (9,191 cases), France (6,573) and Germany (6,012), according to the World Health Organisation’s (WHO’s) March 17 update.

The worst outbreak to date in Central Europe is in Czechia, where 383 cases had been confirmed as of March 17. Slovenia, which borders Italy, had 253 cases, and Estonia 205.