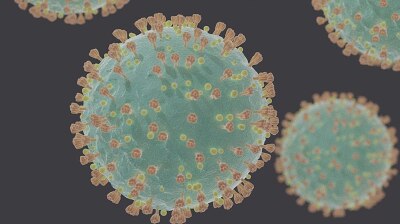 The European Union is planning a ban on travel from southern Africa after a new and highly infectious variant of the coronavirus (COVID-19) virus was confirmed in Botswana and South Africa.

South African Health Minister Dr Joe Phaahla confirmed the emergence of a new COVID-19 variant in the country on November 25, and warned that it was becoming dominant.

The variant was first spotted in Botswana, with more cases appearing in South Africa, as well as a traveller from South Africa testing positive in Hong Kong.

22 cases of the new SARS-CoV-2 virus variant have been identified in South Africa, according to the National Institute for Communicable Diseases (NICD).

"Initially it looked like some cluster outbreaks, but from yesterday, the indication came from our scientists from the Network of Genomic Surveillance that they were observing a new variant," Phaahla said.

Phaahla said the new variant, known as the B.1.1.529, has been driving the surge in COVID-19 cases across the country, especially in Gauteng.

“Members of the public may have noticed COVID-19 cases have been rising [in the past week or so]. The cases started gradually, but over the last four or five days there has been more of an exponential rise, particularly in Gauteng,” he said.

Phaahla said it was ‘too early’ to say if another hard lockdown was in store for South Africa.

He said the cabinet and the National Coronavirus Command Council (NCCC) will meet this weekend, following the discovery of the new variant.

South African genomic scientists have noted the variant has an unusually high number of mutations, with more than 30 in the key spike protein — the structure the virus uses to get into the cells they attack.

Professor Tulio de Oliveira, the director of the Center for Epidemic Response and Innovation, told the media briefing the variant has "many more mutations than we have expected".

He said it was "spreading very fast and we expect to see pressure in the health system in the next few days and weeks".

South Africa is already back on the UK’s "red list", after concerns over the new COVID-19 variant rocketed.

The UK announced that it had placed six southern African countries back on its red list of travel restrictions after a heavily mutated coronavirus variant emerged in Botswana and South Africa.

Travellers returning from South Africa, Botswana, Namibia, Zimbabwe, Lesotho and Eswatini will now be forced to quarantine for 10 days at a government facility from midday on Friday,  November 26, the UK government said in a statement.

Direct flights from the six countries will be banned from midday on Friday until hotel quarantine is up and running from 4am on Sunday.

The EU is considering a similar ban. European Commission President Ursula von der Leyen said in a statement carried by newswires that she “proposes, in close coordination with the member states, to activate the emergency brake to stop air travel from the southern African region.”

Europe is already in the midst of a severe new wave of the pandemic and has experienced a surge in new cases in recent days. This prompted several governments to introduce new restrictions, including those targeted specifically at people who have not been vaccinated, sparking protests.

Central Europe is currently one of the regions worst affected by the pandemic, as its underfunded health systems struggle to cope with the impact of the fourth wave of the coronavirus on the large numbers of their citizens who are still unvaccinated.

On November 22, Slovakia and Czechia imposed a de facto lockdowns for the unvaccinated. Meanwhile, the radical right-wing governments of Poland and Hungary are so far resisting further controls, which are opposed by many of their voters, as well as by a vocal libertarian lobby.

Most of Southeast Europe — which has even lower vaccination rates than Central Europe — saw cases spike earlier in the autumn as the delta variant spread rapidly across the region. However, cases are still surging in some countries including Croatia and Slovenia, which have tightened restrictions for the unvaccinated.

Romania’s consumer prices resume growth in December
bneGREEN: Institutional Investors Group on Climate Change urges EU to keep gas out of green taxonomy
Net wage in Romania moves up in November to catch up with inflation