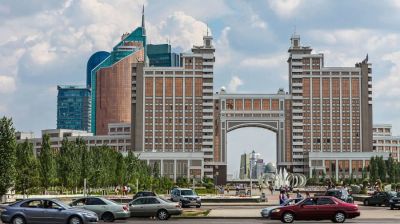 Kazakhstan is widely seen as the most successful of the Central Asian republics
By Alexey Malashenko of Dialogue of the Civilizations in Moscow March 26, 2019

The “Kazakhstan transition” has been expected for years. Although it was widely predicted, no one – inside or outside of Kazakhstan – could guess exactly when it would happen.

But the real shake-up came on March 19 when Nazarbayev stepped down as president. The world gasped in surprise as the veteran of the post-Soviet political scene, in power for almost 30 years, announced his resignation.

Experts immediately started suggesting reasons for Nazarbayev’s sudden departure from office, among which maybe the most significant is fatigue. After three decades as president, Nazarbeyev has done a good job: Kazakhstan is considered the most successful state in Central Asia, but running the country remains а huge challenge. Nonetheless, any other authoritarian leader would never dare to do the same as Nazarbayev.

However, even though he resigned as president, Nazarbayev continues to lead Nur Otan, effectively the country’s only viable party. He also remains head of the National Security Committee and, most importantly, retains the life-long title of national leader, “Elbasy,” which was bestowed upon him in 2010.

Additionally, the next presidential election will be held no earlier than 2020, and there are no plans to reschedule it. Though the constitution stipulates that in the interim presidential duties will be performed by the senate chairman – currently Kassim-Zhomart Tokayev ­– it is obvious that Nazarbayev will remain a monumental figure in Kazakhstan’s political leadership. Hence, the transition will not occur overnight.

This somewhat resembles the situation in Algeria. President Abd al-Aziz Bouteflika, having withdrawn (for the fifth time) from the 2019 presidential election, remains the de facto head of state until a new president is voted in, even without his participation.

Even so, the case of Kazakhstan is fundamentally different from that of Algeria. Bouteflika stepped down under public pressure: mass demonstrations in Algiers protested against his participation in the 2019 election. It may be said that Bouteflika was overthrown as a result of this “tiny revolution.” In Kazakhstan, everything happened with little public involvement. Nazarbayev made up his mind to quit without any external pressure.

Nevertheless, the “Elbasy” must have been aware that Kazakh citizens were unhappy with many of his policies, especially his economic policies.

Nazarbayev keeps repeating that, according to Strategy 2050, developed under his leadership, Kazakhstan will be among the world’s top 30 developed countries by 2050. It’s difficult to say whether or not they will reach this goal, but in any case, Nazarbayev will not be the one responsible for the outcome.

There are only two or three viable names that could become Nazarbayev’s successor, however it is far too early to say for sure who will be the next president of Kazakhstan. And there are many factors that will go into the mix when choosing a successor: clan affiliations, interest groups, or the independent and colourful personalities on Kazakhstan’s political landscape. Presumably, a behind-the-scenes struggle will occur, but it is unlikely to bring about major social upheavals. No “revolution” is to be expected. At the end of the day, Kazakhs will get a leader selected by the elite.

Obviously, there will be some changes in the country’s political system. The constitution will again be amended to (somewhat) strengthen the legislature and reduce presidential power. There may be a revival of political parties aside from the dominant Nur Otan. However, no radical changes are to be expected. The Kazakhstan model will remain authoritarian, though probably less harsh compared to its neighbours.

There is also no reason to expect major changes in the government’s foreign policy, which will retain its “multi-vector focus,” with Chinese-Russian-Western relations a priority that will be determined by specific circumstances.

With respect to Kazakhstan’s partnership with Russia, we may assume that there will be certain complications due to the fact that swaths of the business and political elite are disappointed with the Eurasian Economic Union (EEU), created by Russia. According to critics of the EEU, the bloc has not brought any tangible benefits to Kazakhstan’s economy.

However, when it comes to sanctions against Russia, Putin could also expect support from Kazakhstan’s leadership, according to Minister of National Economy Timur Suleimenov. In particular, assistance will be offered to Kazakh businesses that have suffered from such sanctions imposed by the US.

Given these circumstances, Russia is keeping a close eye on the twists and turns of Kazakhstan’s domestic policy, although it does not seek to interfere by lobbying for any particular successor to Nazarbayev. And, in fact, it cannot.

These rather significant shifts in Kazakhstan’s internal political environment will impact Central Asia as a whole, and may also affect a range of international initiatives. The transition has already begun. We look forward to seeing its continuation and, of course, completion.

This comment first appeared on the Dialogue of the Civilizations site here.

Professor Alexey Malashenko is the Chief Researcher at Dialogue of the Civilizations in Moscow. Prof. Malashenko graduated from Institute of Asian and African Countries, Moscow State University. He is Ph.D. in History, one of the leading experts of Islam, orientalist, political scientist. Prof. Malashenko is the author and editor of about twenty books (in Russian, English, French, and Arabic) and more than 200 articles. Before joining the Dialogue of Civilizations Research Institute he was the Chair of the “Religion, Society, and Security” Program at Carnegie Moscow Center, Professor at Research University Higher School of Economics (HSE), Professor at Moscow State Institute of International Relations, Head of the Islamic Department at Institute of Oriental Studies RAN (Russian Academy of Sciences). Contact the author here.

Misery vs death
Fat cats: new study shows corruption can be measured in kilos
Uzbekistan returns to its roots with cannabis cultivation

Alaco Dispatches: Western Balkans’ Labour Pains
1 day ago
FPRI BMB Ukraine: Russia’s “passportization” of the Donbas
1 day ago
COMMENT: Belarusian establishment remains monolithic. or does it?
3 days ago
ViennEast Compass: CESEE outlook, planning for new normal
4 days ago
Kyrgyzstan: Will fury around Askarov death end up signifying nothing?
9 days ago