COMMENT: Delivering for Dushanbe, now is the time to open the country 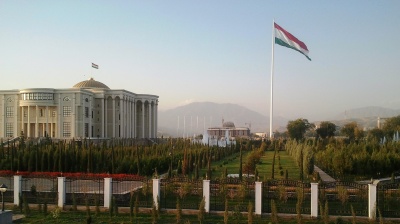 Now is the time to open Tajikistan up to business and investors
By Eric Hontz Senior Program Officer Europe and Eurasia at the Center for International Private Enterprise (CIPE) in Dushanbe November 22, 2019

Walking down Rudaki Avenue, in the heart of the Tajik capital of Dushanbe, on a warm October evening one can view a reflection of the current Tajik economy. At first your attention is drawn to the nice sidewalks, smooth pavement, and bright lights running up and down the avenue. Then you notice what is not there: people, small businesses, and a general sense of economic vitality. That feeling of economic vitality is very different on the other main thoroughfares of the capitals in region, from Stary Arbat in Moscow, through Khreshchatyk in Kyiv, and Chuy in Bishkek.

While Tajikistan is a land locked country that suffered from a traumatic civil war it does not excuse the current underwhelming economic performance and, at a high level, a business culture focused on moat building and the protection of narrow economic interests, rather than creating value and building a more inclusive economy.

Nearly a generation has passed since the transition to an independent Tajikistan and the country’s institutions continue to be weak, its banking sector is stuck in a zombie-like state, and the business community remains underdeveloped and underutilized as a bridge out of poverty.

Tens of thousands of small businesses have closed over the past years, primarily due to a heavy (and unclear) tax burden and other pressure from state institutions. If the status quo continues in Dushanbe there will be added brain drain, greater security issues, and more potential for unrest. Put simply, both the government and Tajik citizens need economic growth.

Central Asia in 2019 is not the same region it was 20 years ago. Across the border in Uzbekistan President Shavkat Mirziyoyev is undertaking deep macroeconomic reforms and opening the economy up to foreign investment. There is renewed interest by international investors in the region and international financial institutions seem to be paying greater attention to developing the much needed infrastructure projects.

There are many opportunities for Tajikistan to undertake economic reforms that would be widely popular and could gain the support of a wide range of stakeholders. One such reform would be a comprehensive tax overhaul that would simplify the tax system and aim to foster small and medium sized businesses while reducing the power of the tax authorities when inspecting businesses.

Speaking with business people on the ground in Dushanbe and those from the regions one gets the impression that there is a great deal of opportunity but that opportunity is being monopolized by the current economic structure. If the government were to allow more firms to open, more investment outside of selected businesses, and greater competition the Tajik economy could easily achieve a much higher quality of economic growth.

With Uzbekistan businesses eager to open borders after years of constrained trade now is an opportune time to tackle several key reform priorities while engaging deeper in trade within the region. Leadership towards a better and more inclusive Tajik economy cannot be provided by the business community alone. For Tajikistan to grow to its potential its political leaders must allow it to do so.

It is now over a year since the Romanian government, in December 2018, unexpectedly introduced draconian taxes across different sectors, which sent equities into a spin. It finished the year with 39% return on equities.