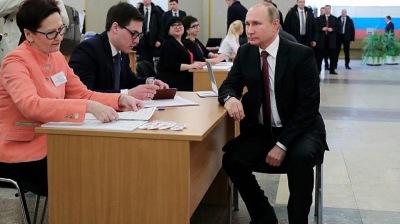 Russian electoral statistician Sergey Shpilkin says there are already clear signs of ballot stuffing even before the voting in Russia's referendum on changes to the constitution begins
By Ben Aris in Berlin June 25, 2020

Russia started early voting in its controversial referendum on changes to the constitution on June 25 that will reset the presidential term counter for Russian President Vladimir Putin to zero and allow him to remain in office until 2036.

However, famous Russian statistician Sergey Shpilkin claims that there are already signs of vote rigging in the data on registered voters. Shpilkin is an expert on voting statistics and has caused several scandals in the past by highlighting discrepancies in the voting patterns that strongly suggest vote rigging. He is credited with helping to inflame Russian voters' anger over the blatant vote rigging in the 2011 Duma election that led to large-scale street protests in the Russian capital.

The principle on which Shpilkin's work rests is that in a free and open election the actually tally of votes for each candidate should be entirely random. However, when officials stuff ballots their intent to favour one candidate upsets this randomness. The difference can be measured mathematically and the bias is revealed as a deviation from what the purely random pattern would look like. One obvious example of this bias is that officials tend to round up or down to the nearest five or zero when fixing the results, which causes visible spikes in the results around those numbers. 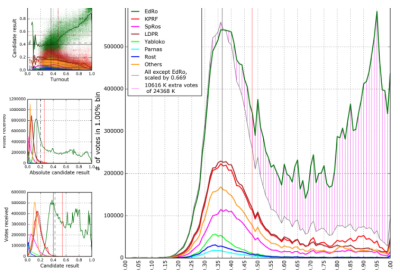 Shpilkin has found that every seventh voter (1.09mn people) has registered to vote online in the referendum, which translates to an average of 300 people registering to vote online per polling precinct, Shpilkin wrote on his Facebook page, as cited by Meduza.

Shpilkin has already found anomalies in the online registration statistics, which should also stick to the random distribution principle.

The statistician goes on to say that in other parts of the Troitsky Administrative Okrug the distribution of those registered to vote online is consistent with the pattern that one would expect if there was no interference. For example, polling station No. 3393 has just 490 people signed up for online voting, which is equal to 16.7% of the total number of voters in that area a year ago, Meduza reports. However, polling station No. 3394 has 4,027 people who have decided to cast their ballots online – a whopping 217% of the total number voters in that precinct in 2019.

Shpilkin goes on to say that he has found similar discrepancies in other voting districts.

“The situation with record [numbers] of online voting looks like a scam and it demands an urgent investigation. It seems like electronic voting in the Troitsky Okrug should be cancelled,” Shpilkin said, as cited by Meduza.