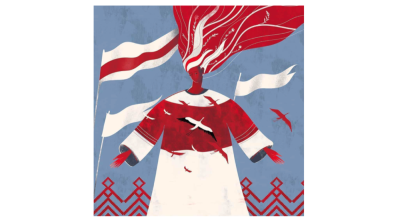 A survey released by Chatham House provided a hard to get insight into the attitudes of regular Belarusian to the domestic political crisis, the opposition leaders, the support by the international community or Russia, and the countries aspirations to join the EU.

The vast majority of Belarusians doesn’t trust state institutions (apart from the army), but the trend is that after the regime destroyed almost all independent media and civil society organisations a significant number of Belarusians turned from being “against” to “undecided” 3/ 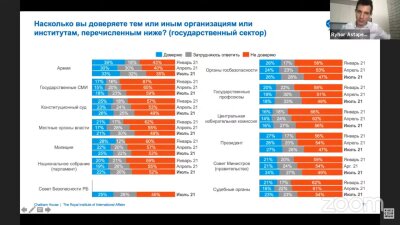 The attitude to Russia remains the same while the attitude towards the EU and the Western countries in general has become worse compared with April (again, the destruction of independent media + people feel they’ve been betrayed) 4/ 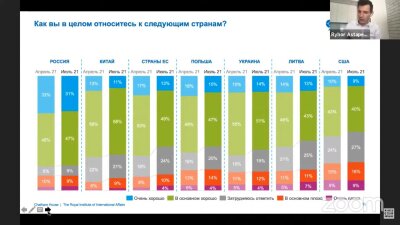 At the same time, despite a generally positive attitude towards Russia, only 20% of Belarusians want deeper integration with it. 5/ 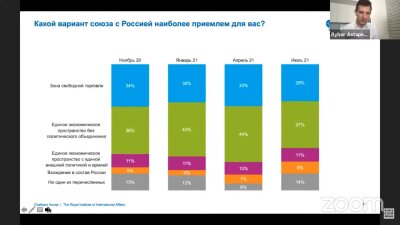 What’s interesting is that the % of Belarusians who support the country’s membership in the Collective Security Treaty Organisation dropped from 63% in November 2020 to 50% today. While the number of people who want Belarus to join NATO while still small has almost doubled. 6/ 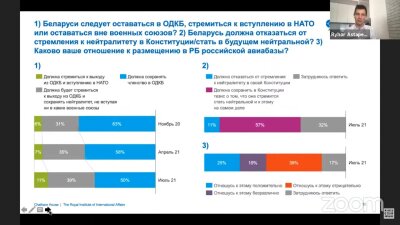 The absolute majority of Belarusians believe that the authorities should release all political prisoners, hold new elections, stop using brutal force against the protesters and investigate the cases of police brutality (61%, 65%, 61% and 70% respectively). 7/ 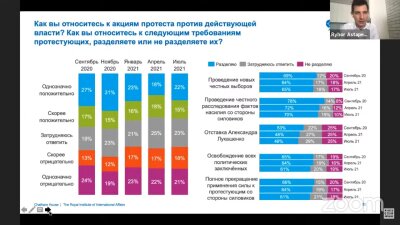 Almost no one in Belarus has heard of the EU's plans/intentions to support Belarus financially during the first three years after the beginning of the democratic transition. 8/ 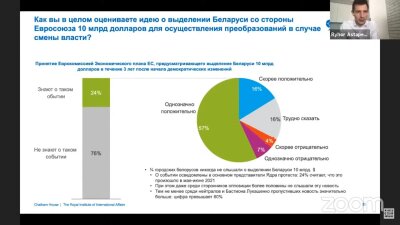 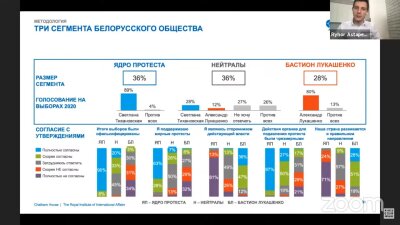 Here’s a curious slide. It shows that even among the Lukashenko’s stronghold 32% support the investigation of the cases of police brutality (which Lukashenko deems fake news). 10/ 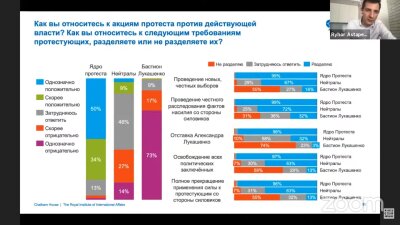 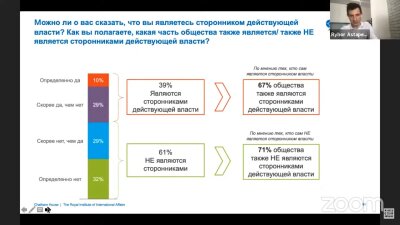