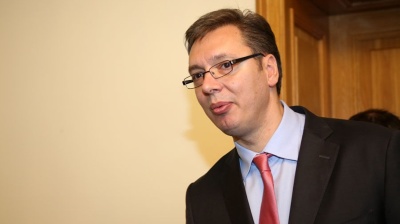 Milos Vucevic, vice-president of the ruling Serbian Progressive Party (SNS) and mayor of Serbia’s second city Novi Sad, has filed charges against the party’s leader and country’s President Aleksandar Vucic and his brother, requesting an investigation into possible connections to an illegal marijuana farm.

The aim of Vucevic’s action is to clear Vucic and his brother from any further allegations relating to the farm, which have been circulating in Serbia for several weeks.

The brothers have been accused by the opposition of being related to a farm owner who was arrested a month ago for growing marijuana on an organic farm near the capital Belgrade. The farm’s owner had applied for state subsidies to grow non-psychoactive hemp.

"This criminal complaint comes down to the point that no one has legal right not to react, on the contrary, we should launch necessary procedures, and make it clear to everyone in Serbia what is the truth about "Jovanjica" — is it true that someone from the ruling authority assisted and participated in it, whether there were any involvement of Aleksandar and Andrej Vucic or whether those who were presenting these allegations were lying and harassing the public, and I believe that they then have to bear the consequences for such behaviour,” Vucevic was quoted by b92 as saying.

His request for an investigation was filed on orders from Vucic himself, who said this should finally show who is lying.

"I try to answer once, twice, but it doesn't make sense to do it 500 times. You have to stop at one point and show people who is lying," Vucic previously said when commenting on the allegations.