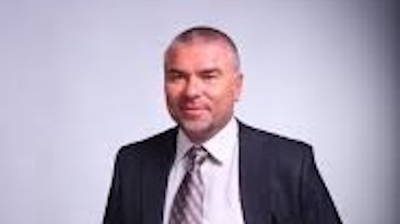 Vesselin Mareshki, the leader of the small opposition Volya party, has been sentenced to four years in jail for extortion by the court of appeal in the city of Varna.

If confirmed, the sentence will be the first of a top-level politician in the country, which has been criticised for widespread top-level corruption and the lack of progress in the fight against it.

Although Mareshki is formally in opposition, he supports the ruling coalition of Prime Minister Boyko Borissov.

Mareshki, along with one of his close associates Krassimira Koleva, was found guilty of putting pressure on a businessman and destroying his property in order to force him to pay a racket, daily Sega reported. He will also have to pay a BGN8,000 (€4,090) fine.

Koleva was given 42 months in jail and has to pay a BGN6,000 fine. The sentences can be appealed.

In 2018, Mareshki was accused along with his MPs Plamen Hristov and Krastina Taskova of extorting from pharmacy owners. Mareshki’s business includes one of the biggest pharma chains in the country, along with one of the largest fuel retail chains. So far, there has been no progress in the latter case.

Mareshki owns one of the largest chains of pharmacies, as well as oil filling stations in Bulgaria. Rumours has it he is a close ally of Borissov and his business was aided by the prime minister in the past. The politician has become notorious for his controversial statements and political moves.

Mareshki, who is currently a deputy parliament speaker, is in the parliament for the first time. He had indicated his willingness to become part of the ruling coalition, but Borissov chose far-right United Patriots. However, Mareshki has always supported Borissov’s politics and is believed to be in unofficial coalition with him.

Recently, he provoked outrage on social media for his u-turn on the constitutional changes proposed by Gerb in an attempt to stop the mass anti-government protests taking place daily in Bulgaria.

Mareshki initially said he would not back the proposal for constitutional changes, but changed his mind a few hours later — a switch people suggested was made exchange for a lucrative concession deal.

After the verdict became public, Mareshki commented that it was announced on this date intentionally, in an attempt of the authorities in Sofia to secure positive assessment for its fight against corruption in the EC’s first monitoring report under the rule of law mechanism.

Mareshki claimed, as quoted by Dnevnik news outlet, that he was the perfect victim as, on the one hand, he has been pointed out as someone close to those in power, while, on the other hand, he has successful business.