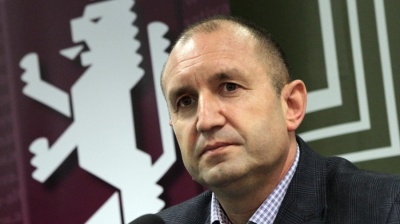 Bulgaria’s President Rumen Radev appointed an interim government to rule until the July snap election.
By Denitsa Koseva in Sofia May 11, 2021

Bulgaria’s President Rumen Radev on May 11 appointed General Stefan Yanev as prime minister at the helm of an interim government to rule the country until the July 11 early general election.

Radev also dissolved the parliament, which failed to produce a ruling coalition and a government after the April 4 general election, and confirmed the date for the snap vote.

Yanev, who has been Radev’s secretary in charge of security and defence since May 2017, served in the army for 31 years. He was deputy prime minister and defence minister in a previous interim government, appointed by Radev in January 2017. At the time, he was criticised over a controversial procedure to buy fighter jets, which was abandoned by Bulgaria’s next government.

The caretaker government’s role will be limited. Its main task will be to prepare for fair and democratic elections. It cannot make strategic decisions, such as changes to the budget or tax policy, since the Bulgarian parliament, which needs to endorse such decisions, has been dismissed.

Radev also decided to appoint two deputy prime ministers – Galab Donev who is also social affairs minister, and Boyko Rashkov who is interior minister. Rashkov has become notorious as one of the few magistrates critical of chief prosecutor Ivan Geshev. He was previously head of the national investigation service and of the national bureau for control of the use of special intelligence tools.

Radev picked Harvard-graduate Assen Vassilev for finance minister. Vassilev was economy minister in the 2013 interim government appointed by former president Rossen Plevneliev. At the time, he made efforts to propose measures for reforms of the energy sector based on reports from international organisations such as the World Bank and the European Commission.

On May 11, Radev also appointed the new members of the central election committee, clearing the last hurdle to the organisation of the July 11 election.

The previous government led by Boyko Borissov served a full term after several snap votes. However, Borissov’s Gerb, although remaining the biggest political party, got only 26% in the April 4 vote and was unable to find coalition partners. Popular showman Slavi Trifonov’s There Are Such People and the Bulgarian Socialist Party also failed to form a majority.

According to analysts, the next election will most likely produce another fragmented parliament with no clear majority. However, some believe that There Are Such People, which ranked second on April 4, might gain more votes and be able to form a stable majority with reformist Democratic Bulgaria.

Gerb’s image has suffered further in the last few days after a local businessman testified to a parliament committee on Borissov’s alleged connections to extortion and corrupt practices in the agricultural sector.