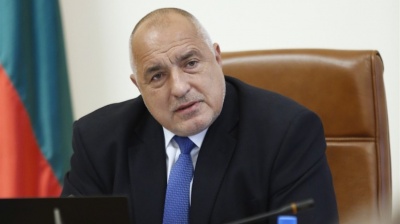 Bulgaria’s Prime Minister Boyko Borissov announced on April 8 he is giving up his seat in the next parliament, giving rise to speculation that he is planning to quit politics after his Gerb party failed to win enough votes to form a new government in the April 4 general election.

Gerb party won the election with 26.18% of the vote, but will find it almost impossible to form a government, as almost all the parties in the new parliament have said they will not work with Borissov’s party.

Borissov, Bulgaria’s only prime minister to have served three terms, made the surprise announcement after calling on all other political parties to accept a broad coalition and offering support for a government formed by the runner up in the April 4 general election.

Should Gerb, as expected, fail to form a government, the mandate would pass to popular showman Slavi Trifonov, leader of There Are Such People, but the performer-turned-politician has given little hint as to his future plans.

Dnevnik news outlet quoted sources as saying that most likely Borissov is preparing to withdraw completely from politics. Some analysts, however, believe he could still be hoping to head a fourth government, for which he does not need to be an MP.

Borissov failed to explain why he is giving up his seat in the parliament and only pointed out where his party did well.

“I do not need immunity. As a prime minister I did not have it and I do not need it after that. Therefore I left the two election arenas where I won the leadership battle with opponents,” Borissov said.

“Our opponents have tried to talk about Gerb landslides and what has happened – they collapsed. I have not seen such a collapse as of the BSP [Bulgarian Socialist Party] for decades,” Borissov added.

As anti-government protests raged in the summer of 2020, Borissov indicated several times that he was ready to step down, but did not resign despite the protests and numerous high-level corruption scandals.

Meanwhile, sources told Dnevnik that Gerb is preparing a government that might not be headed by Borissov. These rumours were partially confirmed by Transport Minister Rossen Zhelyazkov who indicated that the party is considering this option. Another Gerb member, Toma Bikov, said the party is working on five options for prime minister but that everything depends on the negotiations with other political parties.

“It is almost certain that GERB’s leader and former prime minister of the previous three governments Boyko Borissov will not run for a fourth time and will propose another prime minister. He/She would be a consensus figure and most likely would head some kind of expert/programme government considered to be supported by a wider range of parties/MPs,” said an analyst note from Raiffeisen on April 8.

“However, the distribution of the votes is such that also this attempt is possible to fail. In general, the situation is difficult to predict, especially since it is not clear what is happening in the Socialist Party. It lost the elections but in the established constellation it would play a key role,” Raiffeisen analysts said.

On April 4, Trifonov's There Are Such People was the surprising winner of the second-largest share of the vote, gaining 17.66%, followed by the BSP with 15.01%. This is the first time in 20 years that the BSP has been pushed into third place. The BSP says it has proposed to support a government formed by There Are Such People.

The DPS is fourth with 10.49%, followed by the reformist centre-right Democratic Bulgaria with 9.45%. Stand up! Thugs out! will be the sixth party to enter the parliament with 4.72%.

Meanwhile, lawyer Nikolay Hadzhigenov of the Stand up! Thugs out! coalition, said that he sees no point in holding an early election immediately and suggested that support from the BSP or DPS against Borissov would be acceptable. Hadzhigenov even said he would be willing to become a minister. His statement led to a rift within the coalition as Maya Manolova, one of its leaders, said he should leave it if he believes a coalition with Gerb or the DPS is acceptable.

While the political parties are crossing swords while waiting for the central election committee to issue confirmed final results from the election, the police are investigating a claim by the mayor of the village of Belgun, Blagomir Stanev, that he was beaten by Gerb members in their headquarters for not securing enough votes for the party, Dnevnik reported.

Stanev claims he was taken to the Gerb office in the town of Kavarna on April 5 and severely beaten in the presence of the chairman of the municipal council, Jordan Stoyanov. Stanev is a member of Gerb and allegedly was forced to give up his party membership. Moreover, Stanev claims that he was not the only one who was terrorised in the election night.