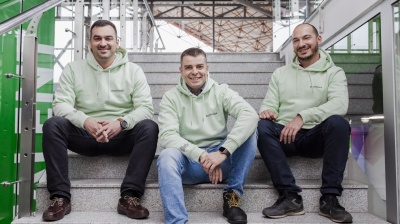 Bulgarian paperless expense management provider Payhawk said on November 23 it has raised $112mn in a series B financing round led by San Francisco-based investor Greenoaks. All existing investors, including QED Investors, Earlybird Digital East and Eleven Ventures are participating in the round.

The funds raised, which put the company’s value at $570mn, will enable the company to accelerate its product roadmap with the launch of a credit card in the first quarter of 2022, and low-cost cross-border transfers as an alternative to SWIFT payments.

Payhawk launched the fundraising seven months after the closure of its $20mn Series A financing round led by US-based venture capital firm QED Investors.

This is the second largest ever series B for a B2B company in the Central and Eastern Europe (CEE) region after that of Romanian robotic process automation (RPA) startup UiPath, and the largest and fastest series B in the spend management space across Europe, Payhawk said in the press release.

In March 2020, Payhawk raised €3mn in a seed funding round led by Earlybird Venture Capital, with participation from Eleven Ventures and existing angel investors.

The company said it posted tenfold growth in 2020, and doubled its revenue in Q1 2021, but provided no figures. Its customer base consists of a mix of fast-growing and multinational companies including LuxAir, Lotto24, Viking Life, ATU, Gtmhub, Flink, MacPaw and By Miles.

Payhawk currently serves companies in 27 countries with its company cards and spend management platform all over Europe. It has offices in London, Sofia, Berlin and Barcelona. The company plans to continue its global expansion, aiming to open offices in the Australia, France, the Netherlands, Singapore and the US.