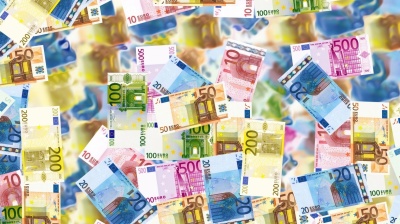 Bulgaria’s inflation, although not high, could be a formal obstacle for the country's entry to the Exchange Rate Mechanism (ERM 2), Raiffensen Research said in a report issued on November 25.

The cumulative inflation stood at around 2.5% in the first ten months of 2019.

“Although inflation is not high, it could be seen as a formal obstacle on Bulgaria's way into the euro area. In the context of ERM2 entry, compliance with the Maastricht criteria is required, which also require a moderate inflation rate,” the report noted.

To meet the Maastricht criteria, Bulgaria’s inflation should be up to 1.5% above the inflation rate of the three member states with the lowest inflation.

In 2020, inflation is expected to remain positive at below 3.5%. The main factors pushing up prices will come from the dynamics of wages and salaries and administratively regulated prices, analysts noted.

Raiffeisen Research also said in the report that Bulgaria’s economy is expected to grow by a real 3.5% in 2019. As in the past, the economy is driven mainly by final consumption, which posted a 4.9% y/y growth in the third quarter and had a 68.4% share in the GDP.

At the same time, Bulgaria has structural labour market issues due to the noticeable shortage of skilled labour in key sectors such as industry, education and tourism, which are hampering faster economic growth.

“These structural problems are caused by the shrinking population, which is also exacerbated by strong emigration, persistent poverty among uneducated people and minorities and the growing social divide. All the complex problems of education and, in particular, the degree to which they are actually geared to the needs of businesses will be added to labour market constraints in the medium and long term,” the report noted.

According to Raiffeisen Research, Bulgaria’s budget for 2020, which aims to be balanced, is a repetition of the previous budget, which “replaced urgent structural reforms with more budgetary expenditure on unreformed sectors”.

Of the Central and Southeast European countries that joined the EU in 2004 and 2007, five — the Baltic states, Slovakia and Slovenia — are already eurozone members, and both Bulgaria and Croatia are keen to join. Romania has also expressed an interest in joining ERM 2 and eventual euro adoption, but does not yet have a formal timetable.

Meanwhile, there is little political will to join the eurozone among Hungary, Poland and the Czech Republic.

US flips Security Council the bird on Iran