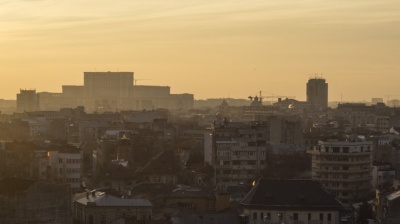 The sole tangible aid extended by Romania’s government to firms, after the coronavirus (COVID-19) outbreak, consists of the promise to pay unemployment benefits to 75% of the employees whose labour contracts are suspended by their companies that cannot continue operating because of the economic conditions or state of emergency restrictions. But even this is tricky, managers say.

Minister of Economy Virgil Popescu announced that the government has contacted the European Bank for Reconstruction and Development (EBRD) for help in drafting a post-crisis strategy. Which might be helpful for post-crisis recovery, but is not helping the companies that need urgent solutions.

The Foreign Investors Council (FIC) has called on the government to contact the European Commission and the International Monetary Fund (IMF) for financial aid.

The EC has allowed Romania to spend €1bn out of the funds already earmarked from the European Union budget — money not used last year (which should normally have been returned to the EU budget) and money paid in advance for cohesion projects.

A large part of the money the EC allows Romania to use for mitigating economic effects of the COVID-19 epidemic will be spent on unemployment benefits.

Other measures including state guaranteed loans with zero interest rates and grace periods for the bank loans (also valid for consumers), which could help firms keep operating and hiring those sent into technical unemployment at the state's expense, were promised, but the regulations as drafted are making the procedure bureaucratic and highly risky for companies that risk penalties after the crisis is overcome and the tax collection agency resumes full operations.

Even the recommendations issued by the central bank are ambiguous and put the responsibility of evaluating debtors case by case and deciding who is hit by undefined “current conditions” and who is not onto the banks. In his turn, Finance Minister Florin Citu has promised bank debtors “all will be good” and the banks will be friendly. He also promised a friendly online interface where firms will be able to contract interest-free loans for working capital and investments, with the help of government institutions, from banks. Banks are not aware of the procedures yet, though.

In the meantime, the virus continues to spread. The number of confirmed cases passed the 900 mark on March 25. Many of those infected are healthcare workers. A hospital in northeastern Romania has been closed after its manager summoned all employees for testing — a procedure likely to have resulted in the contamination of 70 of the total staff of 103. The hospital will be disinfected and turned into one dedicated to COVID-19 patients.

It is no surprise that President Klaus Iohannis has tightened restrictions on people’s movement and instructed the army to enforce the decision. The authorities have followed a gradual approach in restricting the movement of people, which is understandable to some extent — but it is unclear why the government is following a similarly gradual approach in enforcing the promised set of economic measures.

Romania’s government, through the labour bureau (ANOFM), is ready to pay the benefits envisaged under emergency decree (OUG) 29/2020 to 1 million workers sent into technical unemployment by companies that face problems due to the coronavirus outbreak, ANOFM head Victor Picu has said.

As of March 22, over 250,000 workers had already been sent into technical unemployment and had their labour contracts suspended, Labour Minister Violeta Alexandru announced.

The procedure should be straightforward, Picu said, although the companies must first get a certificate from the Ministry of Economy. But this is done online and on the spot for firms in the sectors directly touched by the state of emergency and the military decrees that suspend or restrict operations in some sectors, Picu claimed. Then, the companies must submit the list of employees along with the certificate obtained from the Ministry of Economy.

The companies can submit the documents starting April and the first payments, for the month starting March 16 (when the state of emergency was declared) will be made during April. However, the entrepreneurs claim that the certificate from the Ministry of Economy is much harder for companies not directly targeted by the state of emergency to obtain since they have to demonstrate their revenues decreased in March as a result of the COVID-19 crisis, and this will only be possible in April due to the lag between invoicing and payment.