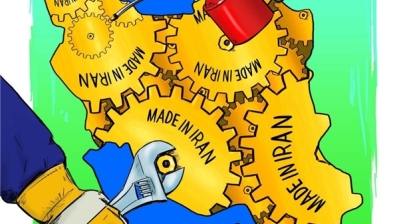 Iranian state media have lately been hailing the country's ingenuity in achieving the production of goods that have become unavailable due to US sanctions hitting imports, but a "Made in Iran" stock market bubble might not go down so well.
By bne IntelIiNews May 17, 2020

The soaring growth on the Tehran Stock Exchange (TSE) undoubtedly amounts to a “bubble”, a member of the Iranian Chamber of Commerce has told economic review website 90eghtesadi.com, according to The Associated Press.

Hossein Tousi was quoted as saying: "We have witnessed a very strange occurrence. All markets have fallen, and crude oil prices have fallen sharply, but in our market, the situation is upside-down. It is clear that it is a bubble."

Nearly Iranian rial (IRR) 450tn (around €3bn at the free market rate) has been invested in the TSE since the March 20 start of the 2020/2021 Persian calendar year, Iran’s Securities and Exchange Organisation (SEO) said on May 16.

On May 9, the exchange’s main index, the TEDPIX, crossed the million-point threshold for the first time ever. However, on May 17, the second day of the Iranian trading week, it closed at 968,460, down 1.93% d/d.

The recent market gains are clearly under heavy scrutiny, with some investment experts suggesting a correction may be ahead. Tehran-based economist Saeed Leylaz was cited by Reuters as forecasting that Iran’s stock market will rise to 1.5mn points before dropping by around 12% and then stabilising. “Iran is experiencing tough economic times ... Considering limited investment options ... the stock market is the only place where people’s capital can be protected,” Leylaz said.

The TSE has benefitted from growing interest in its potential for capital generation with other parts of Iran’s economy—including property, gold, cars and forex—laid low by US sanctions and impacts of the coronavirus (COVID-19) pandemic. The appetite of investors has partly been whetted by government moves to sell off assets to raise revenues to fight the health and economic emergency.

“The government might be able to collect cash, but people will get poorer when the bubble bursts sooner or later,” Reuters quoted a senior official at Iran’s central bank, speaking on condition of anonymity, as saying, amid warnings from some academics that a collapse on the bourse could spark social unrest as many people were withdrawing their savings to invest in shares.

The figures on the level of investment that has gone into the TSE in the past two months were provided in a live-streamed press conference by the former head of the stock exchange, and current chief of the Iranian Securities & Exchange Organization, Hassan Qalibaf-Asl. The TSE has seen a vast increase in its liquidity of more than 220% over the past 12 months.

In the past three months, moreover, brokerage firms in Iran have issued 1.6mn new trading codes for individual investors, including foreign firms that are permitted to trade.

The most traded companies on May 17 were metal companies and pharmaceutical companies including Daroupaksh and Iran Darou.