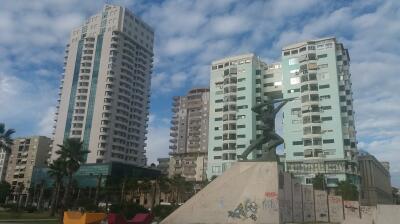 Renovation of multi-apartment buildings has the biggest potential to crease energy savings in the Western Balkans, according to a new discussion paper published by the Energy Community in late February.

The report notes that the building sector accounts for more than 40% of total energy consumption in the region, and renovating public and private buildings to meet minimal energy performance standards could therefore make a “very significant contribution” to the reduction of greenhouse gas (GHG) emissions, as well as improving the health and living standards of their residents.

The paper was issued following the European Commission’s adoption of its economic and investment plan for the Western Balkans in October 2020. The plan, with a proposed budget of €9bn during 2021-2027, identified initiatives related to clean energy and the transition from coal. Part of the budget is expected to be directed towards buildings renovation and the decarbonisation of heating and cooling sectors.

“A building renovation wave implemented with the help of the Energy Community will assist the Western Balkans in decarbonisation of public and private building stock, with a strong emphasis on digitalisation and taking into account energy poverty. The EU, together with international financing institutions [IFIs], will support the efforts of the Western Balkans partners to triple the current renovation rate and energy savings in existing buildings and achieving nearly-zero energy and emission standard in new buildings,” said the paper from the Energy Community.

The residential building sector is one of the largest energy end-users across the six Western Balkan countries but its share of final national energy consumption varies between 30% and 60%, compared with around 40% in the EU.

The highest average energy use per square metre ranges from just 100 kWh/sqm in Montenegro to above 200 kWh/sqm in Bosnia & Herzegovina.

“Such high energy demand and low energy performance is caused by several factors, including ageing building stock, decades of poor maintenance, legal and regulatory barriers, a lack of clear ownership structure and responsibilities and poor management of residential buildings,” says the report. “This results in the need for massive investments to upgrade residential buildings and improve energy efficiency (EE).”

The potential for energy savings in the buildings sector are high, estimated at more than 50% of consumption.

However, the report also highlights various challenges, including that in most multi-apartment buildings (MABs) the tenants – often on low to medium incomes – are also the owners. On average, 39% of the homes in the Western Balkans are in MABs, with the highest level being 46% in Bosnia.

While individuals, households and businesses in the private sector have access to “well-functioning markets”, where they can easily borrow funds for energy efficiency and other investments, “MABs … remain an untapped market for commercial lending for EE investments despite the sector’s significant share in national energy consumption,” says the report.

The Energy Community paper draws on a 2020 USAID study, “Gap analysis of the housing sector in the Western Balkans”, which found that “while housing policy reforms are being developed and focus on regulation of maintenance and management of the MABs, the lack of capacity and enforcement procedures, frequent changes and deficiency in clarity, make them not effective”. For example, to date only North Macedonia has passed a law on condominiums.

The Energy Community also received input from the EBRD and the World Bank in drawing up the discussion paper.