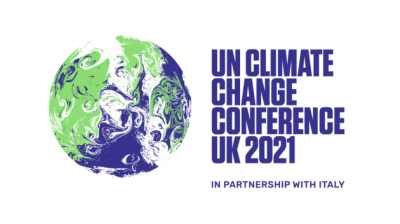 By Richard Lockhart in Edinburgh November 4, 2021

UK Chancellor Rishi Sunak said at COP26 that the world’s rich nations would make good on their promise of $100bn per year of climate financing for poor countries by 2023.

The UK’s radical new proposal for a new oversight system to keep energy investment green aims to align public finance with the regulatory and fiscal tools needed to, in Sunak’s words, “rewire the global financial system,” and to bring the global economy into line with governments’ net-zero ambitions.

The UK-focused centre will make it mandatory for UK financiers and investors, such as private equity firms, insurance company and portfolio investors, to publish a clear, deliverable plan setting out how they will decarbonise and transition to Net Zero – with an independent Taskforce to define what is required.

Sunak’s said his plans would help implement the global Glasgow Financial Alliance for Net Zero (GFANZ), announced at COP26 by former Bank of England chief Mark Carney, which has aligned over $130 trillion in private finance behind net zero.

This commits around 40% of the world’s financial assets to reaching the Paris Agreement and to limiting global warming to 1.5C.

Raising such huge funds will require care regulatory retimes in order to prevent greenwashing, whereby private finance earmarked for net zero in fact turns out to be less green than promised.

A science-based “gold standard” for transition plans, which can be followed by other countries as well, will be drawn up by a new Transition Plan Taskforce, composed of industry and academic leaders, regulators and civil society groups

Sunak proposed a mandatory requirement for financial institutions and listed companies to report on net-zero transition plans. This plan will be rolled out on a similar timeline to the UK’s existing Sustainability Disclosure Requirements, with firms expected to start disclosing their net zero transition plans in 2023.

Meanwhile, Sunak said that the UK and other rich countries would meet the $100bn per year climate finance target for developing nations by 2023. He said that he wanted such finance to reach $500bn over the next five years.

He said that the UK would commit GBP100mn ($136mn) to the Taskforce on Access to Climate Finance and support a new Capital Markets Mechanism, which will issue billions of new green bonds in the UK to fund renewable energy in developing countries. This aims to remove barriers to finance faced by developing countries.

In total, the UK will spend GBP576mn ($786mn) on a package of initiatives to mobilise finance into emerging markets and developing economies, including GBP66mn ($90mn) to expand the UK’s MOBILIST programme, which helps to develop new investment products which can be listed on public markets and attract different types of investors.

The UK’s initiative follows a commitment by Japanese Prime Minister Fumio Kishida to provide $10bn of additional climate finance for developing countries over the next five years, adding to the $60bn already planned.

US Climate Envoy John Kerry said that the new commitment from Japan could mean that the rich nations’ target of raising $100bn in annual climate financing for the developing world is met earlier than planned.

On a global scale, the $130 trillion of private finance comes from over 450 firms from all parts of the financial industry, based in 45 countries, although no timescale was given.

The initiative aims to enable the private sector to provide money needed to reach net zero. The private sector could deliver 70% of total investments needed to meet net-zero goals, according to research from the UN High Level Climate Action Champions.

The investment involves banks, insurers, pension funds, asset managers, export credit agencies, stock exchanges, credit rating agencies, index providers and audit firms. They have all committed to achieving net-zero emissions by 2050 at the latest and enabling a 50% emission reduction by 2030.

The funding will be accompanied by the establishment by the IFRS Foundation, the international accounting standard body, of a new International Sustainability Standards Board to develop globally consistent climate and broader sustainability disclosure standards for the financial markets.

“The rapid, and large-scale, increase in capital commitment to net zero, through GFANZ, makes the transition to a 1.5°C world possible. To seize this opportunity, companies must deliver robust transition plans and governments set predictable and credible policies. This will give finance the confidence to invest, pulling forward climate actions and smoothing the transition to net zero, driving growth and jobs upwards, and forcing emissions downwards. Let’s work together to seize this opportunity,” said Carney.

Website of Iranian leader showcases animation of robot calling in drone strike to assassinate Trump
Tensions as US imposes more sanctions on Iran ahead of next Vienna nuclear talks
COMMENT: The West must cut a deal with the Taliban to prevent mass starvation in Afghanistan