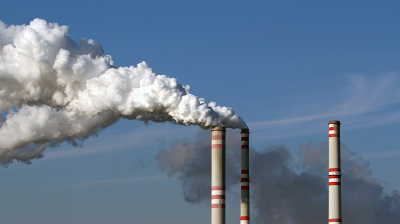 Smokestacks / djenkins Conservatives for Responsible Stewardship
By bne IntelliNews May 20, 2022

Ending new oil, gas and coal developments is not enough to achieve net zero by 2050, according to new research. Instead, already built fossil fuel projects must be decommissioned early if climate change is to be limited to 1.5°C, a new study published this week has warned.

The study found that existing fossil fuel extraction would warm the world beyond 1.5°C, and that in the absence of large-scale carbon capture or removal, nearly 40% of developed fossil fuel reserves need to stay in the ground to keep the 1.5°C limit within reach.

It is the first peer-reviewed study that expands on the International Energy Agency’s (IEA) recent finding that no new coal mines or oil and gas fields can be developed under a 1.5°C warming limit.

"Our findings show that halting new extraction projects is a necessary step, but still not enough to stay within our rapidly dwindling carbon budget," said co-lead author Greg Muttitt of the International Institute for Sustainable Development.

"Some existing fossil fuel licences and production will need to be revoked and phased out early. Governments need to start tackling head-on how to do this in a fair and equitable way, which will require overcoming opposition from fossil fuel interests."

The team, led by researchers from Oil Change International and the International Institute for Sustainable Development, used a commercial database of over 25,000 oil and gas fields and developed a new dataset of coal mines across nine of the largest coal-producing countries.

Using this data, they estimate that developed fields and mines could lead to cumulative emissions of 936bn tonnes of CO2e if their reserves are fully depleted and burned. These committed emissions are 60% larger than the remaining carbon budget for 1.5°C and exhaust the remaining budget for staying well below 2°C, the upper bound of the Paris Agreement.

The IPCC warned in April that some fossil fuel-burning infrastructure must be retired early to stay below 1.5°C.

This new study finds that emissions ‘lock-in’ from existing investments in fossil fuel extraction may be even larger, warranting equivalent policy attention. At the COP26 climate summit in Glasgow, several governments launched a Beyond Oil & Gas Alliance, committing to end new licensing for oil and gas exploration and production – one of the necessary policy steps identified in the study.

"Our study reinforces that building new fossil fuel infrastructure is not a viable response to Russia’s war on Ukraine," said co-lead author Kelly Trout of Oil Change International. "The world has already tapped too much oil, gas and coal. Developing more would either cause more dangerous levels of warming, if fully extracted, or create a larger scale of stranded assets."

The study finds that Russia, with its large developed reserves of oil, gas and coal, accounts for 13% of the global total.

"As governments work to reduce their dependence on Russian oil, gas and coal in response to the current crisis, they must recognise that developing new reserves elsewhere takes years and will not make up for short-term scarcity,” said co-author Roman Medelevitch of the Ӧko-Institut. “Where possible, governments should rather take advantage of scarcity price signals to push for sufficiency and efficiency measures and to promote renewable energy sources."

The study notes that, by ceasing to issue new licences or permits for fossil fuel exploration or extraction, governments could both avoid further entrenching legal and political barriers to mitigation policies and minimise stranded assets.

“Each new coal mine, gas well or oilfield that is developed deepens political entanglement with the fossil fuel industry. Increasing the scale of extraction-related jobs and investments only makes it harder for governments to manage,” said co-author Thijs van de Graaf from Ghent University.

“Our research should also be a warning sign for publicly listed companies and their investors that reserves that are on the books to be developed cannot be developed to stay below 1.5°C. Fossil fuel companies that claim to be aligned with the Paris Agreement, and that need to transition their core businesses, need to accelerate their transition plans,” said co-author Dimitri Lafleur of Global Climate Insights.

The study does not attempt to answer the question of which developed coal, oil and gas reserves should be decommissioned and which ‘fit’ within the 1.5°C carbon budget, noting that this requires grappling with questions of equity between and within countries. A recent paper by researchers at the Tyndall Centre for Climate Change Research found that the wealthiest, most economically diversified countries should phase out their oil and gas production by 2034 to facilitate an equitable global transition within the 1.5-degree limit.