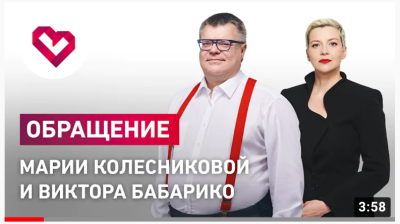 Belarus is introducing new rules to make it more difficult to set up a party.
By Ben Aris in Berlin April 13, 2021

The Belarusian authorities are cracking down on registered Civil Society organisations and preparing to take tighter control over political parties with additional restrictions ahead of planned changes to the constitution.

Belarus' President Alexander Lukashenko has decreed that associations and foundations must re-register and those that refuse may be closed.

The president promised to change the constitution last year and is under pressure to push through changes that are expected to strengthen the political parties in the system and dilute the president’s powers as a possible solution to the current political crisis. However, Lukashenko has been dragging his heels on proposing a draft and says the process will take some two years to complete.

Lukashenko argues the changes are necessary to prevent the drift of the regime towards “managed democracy” on the Russian model with strengthened loyal parliamentary parties “neglects the desire of some among the ruling clique to form a ruling political party.”

The regime's plans for additional restrictions on opposition parties involve changes to the legislation on political parties that will attempt to isolate Belarusian political organisations from contact with partners abroad. This, according to the legislators, should reduce their influence in both Western capitals and Russia, and could lead to their dissolution in the future, reports Belarus in Focus.

A draft law on media has also been published with additional restrictions, prohibitions and requirements for journalists, retroactively legitimising the repression of journalists over the past year. The security forces are lobbying for additional immunities to legitimise prosecution of anyone they deem to be a threat.

So far, the government and the National Bank have managed to ward off economic collapse and maintain public sector employment, but the situation continues to deteriorate. Gold and foreign exchange reserves are declining, and the national debt has reached record levels of around $40bn. World Bank analysts expect Belarus’ GDP to decrease by 2.2%, while the IMF estimates the economy will only grow by 0.4% this year. State employees average salaries have been in decline for several months, reports Belarus in Focus.

Agriculture lobbyists are pushing for traditional spring planting subsidies; state support for the sector is currently planned to be in the region of BYN450mn ($170mn).

Several opposition figures have announced plans to set up new parties to contest parliamentary elections, although several have said they will not launch their parties until after Lukashenko is ousted from office.

The head of the National Anti-Crisis Management Pavel Latushka has initiated the creation of his own party but plans to defer official registration until after the existing regime leaves power.

Similarly, staff of jailed ex-banker Viktor Babariko are actively involved in setting up a party and have already attracted over 5,000 supporters via an online questionnaire.

Babariko’s team released a video he made before his arrest announcing the formation of a new party “Vmeste” (Together) in September last year together with his campaign manager Maria Kolesnikova, who has since also been arrested and is being held on sedition charges.

Vmeste is expected to apply for registration in May this year, but few expect the authorities to accept the application. Babariko was the most popular candidate in the run up to last August 9 presidential elections and should have one by a landslide. He gathered an all time record 400,000 signatures on his petition to stand for office – four times more than the mandatory 100,000 required to register as a presidential candidate.

Opposition leader Svetlana Tikhanovskaya stood for election in the place of her jailed husband and won by a landslide, according to unconfirmed exit polls, but confirmed that she will not set up a party, despite becoming a major political figure in her own right as she tours Europe lobbying for support of the opposition against Lukashenko.

She has confirmed her non-partisan status as the legitimate leader of democratic Belarus and declares that she has no plans to create a political party. In consultation with the opposition’s representative body, the Coordinating Council, she is preparing the criteria and a list of possible candidates to act as negotiators with Belarusian leadership regarding the transfer of power.

Belarus' Lukashenko makes his big announcement, but it wasn't about merging Russia and Belarus