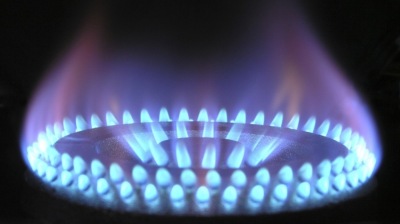 Moldova has plans prepared in case Russia terminates gas supplies as of May 1, Deputy Prime Minister Andrei Spinu said on April 20. A cutoff of gas is already imminent, as Moldova looks set to miss the May 1 deadline to settle the historic debt between Moldovagaz and Gazprom.

As its relationship with Russia becomes increasingly unpredictable, Moldova has been looking at other options for both gas and electricity supplies. However, an end to gas supplies from Russia would most likely trigger a chain of events that could lead to Moldova abandoning its neutrality, by rendering the country independent of Russian energy.

So far, the pro-EU authorities in Moldova have cited the country’s constitutional neutrality as their reason for avoiding aggressive statements against Russia, while compensating for this with huge humanitarian support provided to Ukrainians.

Moldova is seen as one of the states on the front line for potential Russian aggression, should Moscow decide to target other states after Ukraine. A small and poor country bordering Ukraine, part of its territory is already occupied by pro-Russian separatists. It is also dependent on Russia for its gas supplies and indirectly for electricity, as a large share of its electricity is produced from Russian gas in the separatist Transnistria region. The authorities in Chisinau — and for that matter the separatists in Tiraspol as well — have thus trodden very cautiously since the outbreak of war in the neighbouring country.

However, as Moldova is forced to look for alternative sources of both electricity and gas, its dependence on Russia is declining, and in recent days the authorities have been increasingly assertive.

Earlier this week, Moldova’s decision to ban the use of Russia’s war symbols — the characters Z, V and the St. George ribbon — prompted a backlash from Moscow. Promulgating the bill banning the war symbols, President Maia Sandu spoke of them as “barbaric symbols of destruction and death” that must end “in history’s dustbin”.

In response, the Ministry of Foreign Affairs and European Integration of Moldova said: “We appeal to the Russian side and call for non-interference in the democratic, legal and internal process of our country.”

Deadline set to be missed

It is currently unclear whether Russia’s Gazprom will continue delivering gas after May 1. The historic debt between Moldovagaz and Gazprom was supposed to be settled by that date, as agreed last November under a memorandum sealed along with the long-term natural gas contract. However, the two sides have not yet reached agreement on an independent audit, and Gazprom has not answered an inquiry sent by Moldova about whether it plans to terminate gas supplies as of May 1.

Speaking on Jurnal TV station’s Cabinetul din umbră show earlier this month, Spinu said that as the actions of the Russian gas company are “completely unpredictable”, the government is seriously preparing to purchase gas from alternative sources.

Spinu also said that if Moldova is put in a position where it has to buy gas and electricity at the market price, “then this will be the price of the independence of the Republic of Moldova”.

Meanwhile, after appealing to its customers to pay their bills, MoldovaGaz managed to make a $69.5mn payment to Gazprom on April 20. As Moldova moves into the warmer months of late spring and summer, the warm weather makes Gazprom’s threats to cut off supplies a less socially important problem.

Only part of the country can be supplied with gas from Romania through the newly built interconnector. But Moldovagaz (controlled by Gazprom) may be compelled to distribute non-Russian gas through its network (the Third Energy Package actually provides for such a possibility). The company did this already in November when it had to supplement the reduced gas supplies from Russia with gas from Poland and Ukraine.

In another step towards energy independence from Russia, on April 7, Moldova’s lawmakers passed in its first reading a bill that provides for the obligation of "suppliers of last instance" (only Moldovagaz, at this moment) to buy and store gas in one of the neighbouring countries an amount sufficient for two winter months, until the end of August each year. The bill is aimed at reducing the country’s vulnerability to potential disruptions in the gas supplies from Russia.

If the tensions between the countries escalate to the point that the gas is cut off, Moldovagaz might even be nationalised, or at least put under local management.

Meanwhile, Spinu said that after April 22, the authorities will know better under what terms they will be able to import electricity from Ukraine and from separatist Transnistria.

Moldova will have to buy at least 30% of its electricity from Ukraine, stated Spinu, who thus seems to assume that the gas will keep flowing from Russia after May 1 (otherwise, Transnistria will be unable to supply electricity). No gas in Transnistria means no electricity for the rest of Moldova.

But there are options for Moldova. The synchronisation of its power grid with Europe’s ENTSO-E grid gives the country access to electricity. The price would be higher, but at least the security of supply is guaranteed.

Transnistria to be hit by gas cutoff

Transnistria would then be then left with a difficult choice: work as part of a pro-EU Moldova, or face extreme economic difficulties. Until now Tiraspol has been rather reluctant to take a position in the conflict; staying quiet has allowed it to continue to derive benefits from both EU (scrap iron, free trade) and Russia (free gas).

With Russia now focusing its military efforts in Ukraine on the eastern Donbas region, Transnistria is seen as less of an asset to Russia (and a potential threat to the rest of Moldova) than it was at the start of the conflict.

However, should it be plunged into economic chaos by the loss of the gas it has depended on for years, the separatist region may become a threat to Moldova’s security — and in turn Moldova proper may have to abandon its neutrality. In fact, such developments are heralded by the rising tensions caused by the ban on the use of Russian military symbols in Moldova.

BALKAN BLOG: How to keep the EU accession dream alive