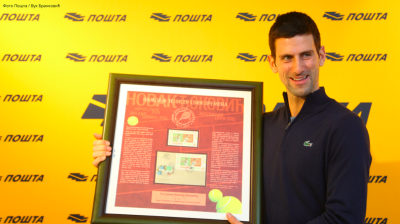 Top Serbian officials including President Aleksandar Vucic have come out in support of Serbian tennis star Novak Djokovic who is currently in detention in Melbourne the Australian Border Force (ABF) said he failed to comply with entry rules on coronavirus (COVID-19) vaccination.

Their vocal support for men’s no 1 player Djokovic, who has previously spoken out against mandatory vaccination and whose personal vaccination status is unclear, undermines the efforts by the authorities to persuade Serbians to get vaccinated. The country is on the brink of a new wave of the pandemic as the Omicron variant of the virus spreads in the region. The spread of first the Delta and now the Omicron variants were worsened by the relatively low vaccination rate, amid a high level of vaccine scepticism.

Ahead of the Australian Open taking place this month, Djokovic had received a medical exemption from the requirement to prove he was fully vaccinated on the basis of his recent recovery from coronavirus. He announced on social media he would be able to play in the tournament without proof he was fully vaccinated, angering many Australians, who increasingly consider there have been different rules for the elite and for regular people.

On arrival, however, the ABF announced his visa had been cancelled. A statement from the ABF said: “The Australian Border Force will continue to ensure that those who arrive at our border comply with our laws and entry requirements. The ABF can confirm that Mr Djokovic failed to provide appropriate evidence to meet the entry requirements to Australia, and his visa has been subsequently cancelled. Non-citizens who do not hold a valid visa on entry or who have had their visa cancelled will be detained and removed from Australia.”

Djokovic was placed in detention at the Park Hotel in Melbourne. The hotel houses refugees, some of whom have been there for years as they wait for the Australian authorities to decide on their cases. In the last few days Serbian Australians have gathered outside the hotel, alongside local anti-vaxxers and campaigners for the release of the refugees.

In the latest development, the Australian government failed to secure a two-day delay to the case. However, it’s still unclear whether Djokovic can get a court order to reinstate his visa in time for him to take part in the tournament.

The detention of the tennis star, who arrived on a 15-hour flight on the understanding he would be allowed entry to Australia, caused an angry reaction from Serbian government officials. With presidential and parliamentary elections approaching this spring, politicians were quick to come to the defence of the national sporting icon. Since the violent protests against a mooted second lockdown in July 2020, officials have trodden a very cautious line on pandemic related issues, taking care not to stir up public opinion against them.

President Aleksandar Vucic wrote on Instagram on January 5 that he had spoken with Djokovic on the phone. “I told our Novak that the whole of Serbia is with him, and that our authorities are taking all measures to stop the harassment of the best tennis player in the world in the shortest possible period. In accordance with all norms of international public law, Serbia will fight for Novak Djokovic,” he wrote.

The following day, Serbia’s foreign ministry said it had summoned Australia’s ambassador to the country, Daniel Emery, over the “inappropriate treatment” of the “best tennis player in the world". Officials urged him to make personal efforts to ensure Djokovic spent Orthodox Christmas Day in better accommodation.

“The Serbian public has a strong impression that Djokovic is a victim of a political game against his will and that he was lured to travel to Australia in order to be humiliated,” said the ministry statement. “Novak Djokovic is not a criminal, terrorist or illegal migrant, but … he was treated that way by the Australian authorities.”

Serbian parliament speaker and leader of the Socialist Party of Serbia (SPS) Ivica Dacic also weighed in, calling the treatment of Djokovic “shameful” in an interview with RTS, and warning of consequences for the future relationship between Serbia and Australia.

In Serbia, as elsewhere in the Western Balkans, the low vaccination rate has contributed to the fast spread of new variants of the virus. The latest data from the Ministry of Health on January 8 said 7,652 people tested positive for coronavirus in the previous 24 hours and 23 people died. Currently there are 2,216 patients in hospital, 83 of whom are on respirators. Since the start of the pandemic 1.3mn people have tested positive in the country of 7mn people.

The authorities in Belgrade made a strong start when the country was the first in the Western Balkans to secure supplies of vaccines, and launched the vaccination campaign ahead of many western nations. The government helped other countries from the region with vaccine donations and by vaccinating their citizens in Serbia, including the staff of Albanian flag carrier Air Albania. However, the vaccination rate has since slowed as the authorities came up against high levels of vaccine scepticism, and there has also been strong resistance to the introduction of COVID passes.

As well as his questionable vaccine status which has earned him the nickname “Novaxx” Djokovic, this isn’t the first time the tennis player has run into controversy over appearing to bend or ignore COVID-19 rules.

In June 2020, Adria Tour charity tennis tournament organised by Djokovic was welcomed as the return of competitive tennis in a region that at that time appeared to have successfully suppressed the coronavirus. But it ended in disaster as several players tested positive for the virus and the final matches were cancelled.

Djokovic and his coach, former Wimbledon champion Goran Ivanisevic, were among those to test positive, along with Bulgaria’s Grigor Dimitrov and Borna Coric from Croatia. At the time, Djokovic came in for a lot of criticism both over the organisation of the event — Djokovic and other players were filmed partying shirtless in a Belgrade nightclub at the start of the tour with no apparent social distancing, and games in Zadar were played to packed stands — but also because after fellow players tested positive he declined a test in Croatia and instead flew back to Belgrade.

BALKAN BLOG: The world has changed, it’s time for EU enlargement to change too

BALKAN BLOG: What living without Russian gas would mean for Moldova
BALKAN BLOG: Russia’s media manipulation keeps Serbs trapped in the past
BALKAN BLOG: The world has changed, it’s time for EU enlargement to change too