BALKAN BLOG: No “Navalnying” in the Balkans is the uncompromising message from Russia 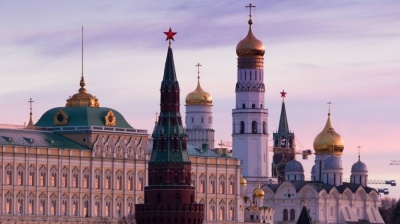 As major powers set out their positions after the chaos and confusion of the Trump era, Russia is sending out an uncompromising message to Western leaders that it will not tolerate interference in its internal affairs. Moscow was ready to humiliate the European Union’s foreign policy chief by expelling diplomats from three EU countries during his meeting with the Russian foreign minister, and Russian officials are even less inclined to mince their words when it comes to the small countries of Southeast Europe that are gradually slipping out of its sphere of influence.

“Russia just laid out its position: it made it very clear that it will no longer brook any interference in what it considers to be domestic affairs,” wrote bne IntelliNews in a recent comment. Specifically, “the Kremlin will not brook any criticism or sanctions whatsoever linked to [opposition politician Alexei] Navalny or domestic politics”.

This attitude resulted in a stern rebuke when the prime minister of Bulgaria – a Southeast European country where Russia traditionally has a strong influence, though less so under the Western-leaning Gerb government – condemned the arrest and conviction of Navalny and the violence against protesters in Russia. “Sentencing Navalny is unacceptable. He must be released as soon as possible,” Boyko Borissov wrote on Facebook.

The Russian embassy in Sofia riposted through the same social networking site, telling Bulgaria to stop “Navalnying”. “We remind you that the Russian Federation is the sovereign state and will not tolerate intervention in its internal affairs from third countries and their official representatives.

“We believe that the most active countries, which under a “benevolent” pretext of “protecting democracy and civil society” want to influence the domestic political situation in Russia, should first secure the observance of democratic rights and freedoms in their own countries before doing some “navalnying”,” the statement added.

Borissov’s reaction also drew accusations of hypocrisy from opposition figures within the country, who pointed to police violence against journalists and protesters during the mass anti-government protests in Bulgaria last summer.

The same week, Russia ordered the first secretary of the Albanian embassy in Moscow, Yonida Drogu, to leave the country within 72 hours in retaliation for Albania’s expulsion of Drogu’s opposite number at the Russian embassy in Tirana. The Albanian foreign master declared the Russian diplomat persona non grata for having repeatedly violated restrictions aimed at preventing the spread of the coronavirus (COVID-19).

The Russian foreign ministry said Krivosheyev’s expulsion was on a “completely contrived pretext” and accused Tirana of trying to gain “political points in the context of the election campaign that has begun in Albania, playing along with the anti-Russian forces in the West and enlisting their support”.

A Constitutional Court ruling in Moldova that a law adopted by the parliament last year giving special status to the Russian language was unconstitutional drew a similarly harsh response.

Russian foreign ministry spokesperson Maria Zakharova called out Moldova’s new President Maia Sandu, a West-leaning politician who nonetheless spoke after her election of a “balanced” relationship with Russia. "She [Sandu] urged not to believe the "horror stories" that after her election, the rights of the Russian-speaking population to study and apply to government agencies in their native language would be infringed. Less than a month after her inauguration, these promises were broken,” said Zakharova.

“We hope that the leadership of the republic will have enough common sense not to provoke an artificial exacerbation of internal political tension on the basis of language,” Zakharova added.

Meanwhile in Bosnia & Herzegovina, High Representative Valentin Inzko came in for strong Russian criticism when gave the authorities in Republika Srpska – one of Russia’s main footholds in the region – a three-month deadline to annul honours given to Radovan Karadzic and other convicted war criminals. The Russian foreign ministry slammed Inzko for “defiant behaviour” and “amateur” actions, which, it said, are adding to inter-ethnic tension in Bosnia.

Given the new US President Joe Biden’s history of involvement in the Western Balkans, where he pushed for the US to intervene in the wars first in Bosnia & Herzegovina and later in Kosovo, a change in US policy away from the quick fix deal-making of the Trump era was already expected. Most recently, Biden stated explicitly in a letter to Serbian President Aleksandar Vucic that Serbia should recognise Kosovo; Russia has consistently backed Belgrade’s refusal to recognise Kosovo, which unilaterally declared independence from Serbia in 2008.

Beyond its criticism of Inzko, the Russian foreign ministry statement also set out Moscow’s position on Bosnia, where it wants changes to the post-war status quo. “The unconstitutional institution of the High Representative in BiH has long lost its “added value” for the Bosnian settlement, turned into a legal and political atavism. We are convinced that the time has come to finally abolish this anachronistic mechanism of external protectorate in relation to sovereign Bosnia and Herzegovina, to transfer all power in the country to its state-forming peoples and legitimately elected bodies,” it said.

This could set Russia and the US up for a diplomatic conflict over Bosnia, on top of their opposing positions on Kosovo.

And while Russia won’t tolerate Bulgarian criticisms of its domestic politics, Moscow also took exception to US comments on corruption within its old friend Bulgaria. After US diplomat Jessica Kim compared corruption in Bulgaria – rated the most corrupt country in the EU by Transparency International – to a pandemic, the Russian embassy in Sofia wrote on Facebook: “The correctness and appropriateness of these sharp remarks, especially on the eve of the [April] parliamentary elections, raises big doubts.”