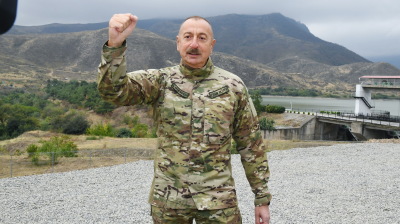 Azerbaijan has closed a mosque and the office of the representative of Iran's supreme leader in Baku in a move that comes days after Tehran held major military exercises close to the two countries' border.

Tensions over the war games remain high. In a seeming response, Azerbaijan and close ally Turkey on October 5 commenced the “Indestructible Brotherhood” military drills in Nakhchivan, the Azerbaijani exclave that borders Iran, Armenia and Turkey. Ahead of these exercises, Iran communicated to Baku through official channels that it was closing its airspace to Azerbaijani military flights. 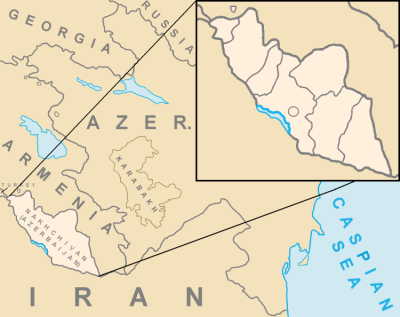 "The [Husseiniyya] mosque and the office of Seyyed Ali Akbar Ojaghnejad, representative of Supreme Leader Ayatollah Ali Khamenei in Baku, were sealed and closed today by order of the authorities of the Republic of Azerbaijan," Iran's Tasnim agency reported on October 5.

Azerbaijan's Interior Ministry said in a statement that the reason for the closure, which also affected other indoor spaces, was a spike in coronavirus infections.
"Husseiniyya Mosque is one of the places where the coronavirus has been spreading in recent days. Appropriate measures are being taken by the epidemiological service," the ministry's press service added.

Iran's embassy in Baku said in a statement on the evening of October 5 that it had taken up the matter through diplomatic channels. No advance warning of the closures were given, it said.

Ojaghnejad has been Khamenei's representative in Azerbaijan since 1996.

Official Azerbaijani media put out this video footage of Azerbaijani-Turkish military exercises ahead of the Nakhchivan drills.

Iran and Azerbaijan, which share a 700-kilometre border, are at odds over several issues including Baku’s recent holding of the “Three Brothers” joint military manoeuvres with Pakistani and Turkish troops, with the latter joining one set of exercises that involved a presence on the Caspian Sea, something Iran says is against the spirit of an agreement made by the countries with a Caspian Sea coastline; Azerbaijan’s imposition of a road “tax” on Iranian truck drivers who cross a corner of its territory to transport goods to Armenia and ethnic Armenian-controlled parts of the disputed Nagorno-Karabakh territory; and Azerbaijan’s warm relations with Israel, with Baku having bought billions of dollars of Israeli defence and security equipment, including “kamikaze” drones and surveillance technology.

Tehran is likely also responding to Turkey’s efforts to build up its influence and trade in the Caucasus and Central Asian regions, using its close relationship with “brother nation” Azerbaijan as one means to do so. Land grabs in southern Armenia made by Azerbaijan could conceivably cut off Iran’s northward land trade route to Armenia, Georgia, Russia and beyond.

'Why on our border?'

The large-scale war games conducted by Iran were criticised by Azerbaijani President Ilham Aliyev, who told Turkish state-controlled news service Anadolu Agency: "Every country can carry out any military drill on its own territory. It's their sovereign right. But why now, and why on our border? There were no such incidents in the 30 years of Azerbaijan's independence."

In a clear reference to Azerbaijan’s cordial relations and arms sales relationship with Israel, Iranian Foreign Ministry spokesman Saeed Khatibzadeh said at the time of the Iranian exercises: "Iran will not tolerate the presence of the Zionist regime near our borders."

Azerbaijan last year won a six-week war with its neighbour Armenia over the disputed Nagorno-Karabakh region, with Israeli and Turkish drones acquired by Baku causing the Armenians devastating losses. As well as being concerned at the growing success of Turkish foreign policy in the Caucasus and Central Asia, there is a clear feeling among many in Tehran that Azerbaijan on the back of its war triumph is getting a little too big and boastful for its boots.

There are up to 15mn ethnic Azerbaijanis among Iran's 84mn people. Tehran has always been somewhat anxious about separatist feelings among them.