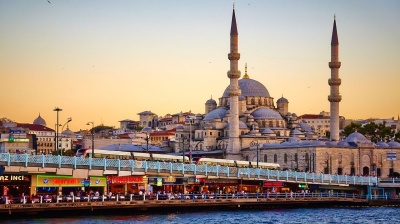 With the money supply, as measured by the M1 gauge growing at almost 80%, the worry is that Turkey could again come off the rails.
By bne IntelIiNews June 3, 2020

An analyst on June 3 responded to data showing Turkey’s policy makers are pumping money into the economy at the fastest rate since at least 2007 by saying that the “authorities may be sowing the seeds of the Turkish economy’s downfall”.

“By forcing the banks to increase lending at such a rapid rate, the authorities may be sowing the seeds of the Turkish economy’s downfall through a combination of higher inflation, a weaker lira and lower GDP growth”, Nigel Rendell, a senior analyst at Medley Global Advisors in London, was reported as saying by Bloomberg on June 3. “Strong demand and inevitable bottlenecks in supply will lead to higher prices,” he added.

Prior to the impact of the coronavirus (COVID-19) pandemic, Turkey’s policy makers, urged on by the Erdogan administration, were already cranking up flows of credit into the economy as they sought to secure a rapid bounceback from the recession the country experienced last year as a consequence of the August 2018 Turkish lira crisis. They have stepped up their efforts in response to the virus crisis effects, but at the risk of further weakening the national currency and stoking inflation.

With the state banks pouring credit into the economy, the central bank is injecting liquidity by scooping up government bonds. The money supply, as measured by the M1 gauge—which includes currency in circulation and bank deposits—is growing at an annual rate of almost 80%, according to the latest central bank data.

The looser financial conditions threaten to leave the lira even weaker and unanchored. Import costs would climb.

After nine straight interest rate decreases in a cycle of ultra-aggressive monetary easing, the lira already offers one of the lowest yields in the world when adjusted for inflation.

Turkish lenders borrowed a record Turkish lira 197.9bn ($29.5bn) from the central bank on May 29, while this year through April the monetary authority injected the equivalent of $35.5bn—or roughly 240 billion lira—into the banking system through currency swaps. It has also purchased back TRY55.8bn worth of government bonds from the secondary market since the beginning of the year, taking its securities portfolio to TRY71.9bn as of June 1. The stockpile is now equivalent to about 10% of its total assets, the biggest share since 2010, according to Bloomberg calculations.

"Still, given the disruptions from the pandemic, a possible annual contraction of 17% in gross domestic product in the second quarter could slow inflation to single digits by the second half, allowing the central bank to continue easing," Carla Slim, a Dubai-based economist at Standard Chartered, was cited as saying by the news agency.