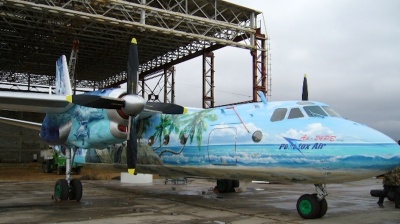 Pecotex Air is among the Moldova-based airlines banned from EU airspace.
By Carmen Simion in Bucharest April 16, 2019

The European Commission said on April 16 it has included all the air carriers from Moldova, with the exception of Air Moldova, Fly One and Aerotranscargo, on the list of carriers banned from operating in the EU.

The airlines have been included in the EU Air Safety List, the list of airlines that do not meet international safety standards, due to a lack of safety oversight by the civil aviation authority of Moldova.

In another change in the latest EU Air Safety List, the civil aviation authorities of both Belarus and the Dominican Republic were put under heightened scrutiny because of signs of a decrease in safety oversight, the statement said.

In total, 120 airlines are now banned from EU skies. These comprise 114 airlines certified in 16 states (one of which is Kyrgyzstan), due to a lack of safety oversight by the aviation authorities from these states, plus six individual airlines based on safety concerns with regard to the specific airlines.