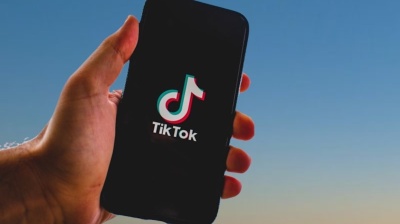 An Albanian judge who posted videos of herself in designer clothes and driving a luxury car on TikTok has failed her vetting procedure and been dismissed.

Vetting of Albanian judges and prosecutors is being carried out with the aim of purging the justice system of corrupt officials. The move is part of wide-reaching justice reforms being promoted as part of Albania’s efforts to move closer to EU accession.

Dozens of judges and prosecutors have already been dismissed from their posts for offences such as failure to accurately declare their assets and abuse of office.

The Independent Qualification Commission announced its decision on May 18 following three public hearings.

The statement said: “The Independent Qualification Commission announces that after reviewing the documentation and conducting public hearings … for the subject of re-evaluation, Mrs. Enkelejda Kapedani, based on law no. 84/2016, today, on 18.5.2022, by a majority of votes decided:

“Dismissal of the subject of re-evaluation, Mrs. Enkelejda Kapedani, judge at the Elbasan Judicial District Court.”

Kapedani, former chief justice in the city of Elbasan, was suspended from her post by the High Judicial Council in June 2021.

The decision was made after a media storm erupted in Albania when videos on the Chinese video-sharing social network showed Kapedani posing in designer clothes in her office and driving a BMW.

Kapedani said when the videos emerged that they had been stolen from her phone and she didn’t have a TikTok account. However, they inevitably raised questions about her personal wealth.

Albania’s Minister of Justice Etilda Gjonaj called for the videos to be investigated, saying that she had been urging the High Judicial Council to check up on Kapedani, as she considered her to be responsible for the early release of gang member Viktor Ymeri from prison.

"Now I wish that not only the appropriate measure be taken, but also that the financial situation of this judge be thoroughly investigated. Typical for some who have not yet passed the Vetting and continue to erode justice from within!” Gjonaj wrote on Twitter in May 2021.

The council decided at its plenary session on June 7, 2021 to suspend Kapedani while an investigation was carried out.

Kapedani is a former Miss Albania, who won the title in 2003 before going on to study law between 2005 and 2009. She was appointed a judge in 2013, initially working in Tirana, before moving to Elbasan. She was elected head of the Elbasan court in 2020.

Kazakhstan: Sanctions likely behind fresh delay at new Baikonur launchpad
7 days ago
EWDN: How Russian game developers are being hit by the shockwave of war
8 days ago
Disney+ comes online in Turkey
8 days ago
Romanian crowdfunding platform SeedBlink helps Bulgarian startup Agriniser raise funds
14 days ago
Investments into Serbian startups soared more than 600% in 2021
14 days ago