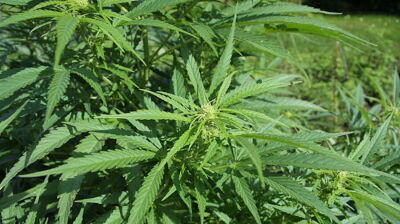 Albania is one of the top countries worldwide for cannabis cultivation and distribution, the World Drug Report 2022 from the United Nations Office on Drugs and Crime (UNODC) revealed.

This is despite well publicised efforts by the Albanian government to eradicate its cultivation, notably with the large-scale operation at Lazarat – dubbed Europe’s ‘marijuana mountain’ back in 2014, shortly before Albania secured EU candidate status. However, reports since then indicate that drug cultivation has been rising since then, and the country also lies on the Balkan route for transportation of heroin to Europe.

The report ranks the main countries of origin and departure of cannabis resin as reported by UNODC member states between 2016 and 2020, putting Albania in seventh place, behind only Morocco, Afghanistan, Spain, Netherlands, Pakistan and Lebanon, but higher than Kyrgyzstan, Iran, Nepal and India.

The report notes the difficulties in estimating cannabis production, pointing out that most countries do not systematically report indicators such as the area under cultivation. The report therefore relies on data on, for example, areas of cannabis eradicated or origin of any cannabis seized.

The Balkan route, which runs through Albania, remains the main heroin and morphine trafficking channel, according to the report. The route runs from Afghanistan through Iran and Turkey, and across the Balkan countries to Western and Central Europe.

This appears to have been connected to the pandemic restrictions on movement. “While the COVID-19 pandemic has not changed the Balkan route’s status as the most prominent heroin trafficking corridor, it did have an impact on trafficking activities during 2020, before they rebounded in 2021,” said the report.

“Some traffickers apparently tried to circumvent the Balkan route to ship heroin during the pandemic, shifting flows towards the southern route.”

The Balkan wars in the 1990s contributed to the region becoming established as a trafficking route. Now, the report warns of the risk that “illicit drug economies can flourish in situations of conflict and where the rule of law is weak”, pointing specifically to the risks in Ukraine.

Even before Russia’s invasion in February, the report points to data suggesting that heroin trafficking through Ukraine had been increasing. “The conflict may have disrupted and/or displaced these flows to neighbouring countries or alternative established routes. Monitoring is needed to determine how continuing conflict will have an impact on trafficking routes, for example for opiates from Afghanistan,” the report said.

It noted information from the Middle East and South-East Asia suggesting that conflict situations can act as a “magnet” for the manufacture of synthetic drugs. “This effect may be greater when the conflict area is close to large consumer markets,” said the report.

"Conflicts may also disrupt and shift drug trafficking routes, as has happened in the Balkans and more recently in Ukraine,” it added.

The report, based on data from before Russia’s invasion, said that the number of reported clandestine laboratories had increased from just 17 in 2019 to 79 in 2020. Of those laboratories, 67 were producing amphetamines, the highest number of dismantled laboratories reported in any country in 2020.

The report also noted that young people are using more drugs, with usage levels today in many countries higher than with the previous generation.

“Numbers for the manufacturing and seizures of many illicit drugs are hitting record highs, even as global emergencies are deepening vulnerabilities. At the same time, misperceptions regarding the magnitude of the problem and the associated harms are depriving people of care and treatment and driving young people towards harmful behaviours,” said UNODC executive director Ghada Waly said.

Pandemic and cannabis legalisation increased use

Looking at worldwide trends, the report says that cannabis legalisation in parts of the world appears to have accelerated daily use and related health impacts.

It pointed specifically to cannabis legalisation in North America, which has increased daily cannabis use, especially potent cannabis products and particularly among young adults. At the same time, said the report, legalisation increased tax revenues and lowered arrest rates for cannabis possession.

Potential legalisation of cannabis has been discussed in both Albania and neighbouring North Macedonia.

An increase in global cannabis seizures in 2020 indicates that use grew during the pandemic.

The report also finds cocaine manufacturing reached a record high of 1,982 tonnes in 2020, growing 11% year on year. Cocaine seizures increased to a record 1,424 tonnes in 2020.

Opium production worldwide grew 7% between 2020 and 2021 to 7,930 tonnes, which the UNODC predominantly attributes to an increase in production in Afghanistan, even while the global area under opium poppy cultivation fell by 16% to 246,800 hectares.