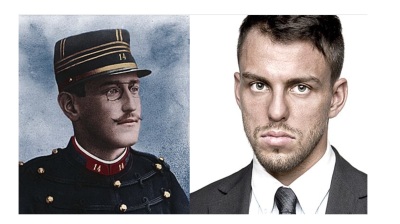 Ilya Sachkov, the top cybersecurity businessman who was arrested under charges of “state treason” in late September,  has claimed he is innocent and asked President Putin to be transferred from jail to house arrest during the investigation, reports East-West Digital News (EWDN).

Excerpts of his letter to Putin were shared with Forbes Russia by Sachkov’s lawyer Sergey Afanasyev.

“I think this is a new Dreyfus affair,” wrote Sachkov, referring to a political scandal that divided France in the late 19th-early 20th centuries. Falsely accused of spying for Germany, Captain Dreyfus was recognized innocent only after a 12-year legal saga.

“I am neither a traitor nor a spy,” continued Sachkov: “I am a Russian engineer. Through my work, I repeatedly proved my loyalty to the Motherland. I very much ask my president, Vladimir Vladimirovich Putin, to allow me to be under house arrest with maximum restrictions during the period of the investigation.”

Sachkov’s mother also wrote a letter to Putin last month. She asked the Russian President to “honestly investigate the case” and release her son.

While stating that the President is the “guarantor of citizens’ rights and freedoms,” the Russian constitution does not grant him any specific power to intervene in legal matters.

Sachkov, who is currently in the Lefortovo pre-trial detention center, feels well, Afanasyev said. He started receiving letters and answers them all, the lawyer added — implying some of the strict restrictions placed on Sachkov’s activities following his arrest have been lifted.

Earlier today, a Moscow court extended Sachkov’s jail term for another three months, until Feb. 28, 2022, while the investigation continues. The businessman could face up to 20 years in prison under the present charges.