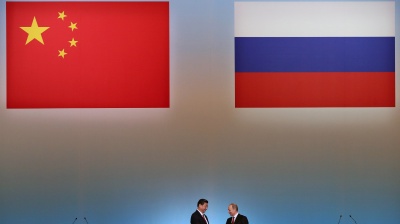 Russia’s economy is expected to experience the deepest decline of any emerging European country except for Ukraine this year. This largely self-inflicted damage results from the war and related sanctions that have cut Russia’s ties to western markets, but no speedy post-war revival is anticipated. Instead, economists on a webinar organised by Raiffeisen Bank International (RBI) and the Vienna Institute for International Economic Studies (wiiw) see this as an acceleration of an existing decoupling of Russia from western markets.

The EU and other Western nations responded to Russia’s invasion of Ukraine on February 24 with successive packages of sanctions – which met with a tit-for-tat response from Russia. Further and deeper sanctions are expected, as there is no immediate end to the war in sight.

Richard Grieveson, deputy director of wiiw, told the webinar that the current developments are not just a temporary phenomenon but part of a decade-long trend.

“This is a major acceleration of the economic decoupling between Russia and the West that actually started in 2014. Since the annexation of Crimea and the exchange of sanctions, we’ve a massive reduction in trade and investment between the EU, and the wider West, and Russia,” said Grieveson.

“This is not just temporary sanctions that will be removed in six months for good behaviour … it’s better to understand this as a fundamental and lasting economic decoupling that has been going on for a decade, but [which] now will dramatically accelerate.”

If any part of Ukraine is occupied by Russia when the war finally ends, such areas would also be “isolated with Russia from a large part of the global economy” as well as facing continued outward migration, Grieveson believes.

Gunter Deuber, head of research at Raiffeisen, agrees that the West is “most likely in for a very hard break in economic relations wth Russia”.

He refers back to the economic relations between the West and the Soviet Union during the Cold War. Trade and investment increased after the end of the Cold War, but was already on the decline following Russia annexation of Crimea.

Even with the decline of the last few years, he says, “there is still a lot of wind-down potential … relations might fall back to [the level seen at] the time of the Soviet Union, especially before we inflated the energy bill.”  Overall, Deuber says, “we are rather downbeat”.

According to Deuber, the broader situation is reflected in the involvement of Western banks in Russia’s banking system.

“In terms of the positioning of western banks and our friendly competitors in recent years, the current crisis did not come out of the blue and there was already a decoupling,” he said. Russia’s share in CEE exposures of Western banks fell from around 20% at the time of the Crimean annexation to only around 9% when Russia invaded Ukraine in 2022.

Given the relatively small exposure of Western banks to Russia at the time of the invasion – similar in size to the exposure to a small CEE economy such as Slovakia – Deuber says: “Russia risks can be well managed currently in Western banks, and this also explains why sanctioning Russia in the financial sector was relatively easy.”

Looking ahead, Deuber expects state involvement in Russia’s banking sector to increase further, possibly to as much as a 70% market share. Meanwhile, Western foreign banks will continue downscaling, maybe more aggressively than prior to the current crisis.

In its latest set of forecasts, wiiw expects Russia’s GDP to drop by 9%-15% this year, broadly in line with forecasts from international financial institutions (IFIs) – though all forecasts are subject to considerable uncertainty.

This is not a sudden shift in fortunes for Russia, according to Grieveson, who says the current crisis follows a “lost decade” for Russia in terms of per capita GDP, when compared to other Central and East European economies. “For Russia the long- to medium-term outlook was pretty bad anyway for lots of reasons, though now it’s worse. Even after this year’s decline in GDP, Russia won’t bounce back.”

“Russia will continue to relatively decline as an economic power. Since 2013-14 there has been a persistent decline in Russia’s share in global GDP. It aims to be a top fve global economic power, but it’s getting further and further away from that and that will continue. The idea of Russia as a great power – even a superpower – will become less and less realistic in this economic context.”

Cut off from Western markets, Russia has increasingly been reorienting towards China and other emerging markets that are less squeamish about its invasion of Ukraine; Indonesia notably refused to disinvite Russia from the G20 summit in Jakarta in November. This will only go some way to substituting for trading relations with the West. For example, points out Grieveson, as a result of the sanctions, “Russia will lose high-tech inputs which it needs for its industry; it cannot get them from China”.

And he has a fairly bleak forecast for post-war Russia. “Its future is really as China’s junior, rather subservient, partner. Russia’s reliance on China will increase, as it has nowhere else to turn, but it’s a very unbalanced relationship. China holds all of the cards in the relationship.”

A choice to make

While the EU members of Central and Southeast Europe are suffering under high inflation, Grieveson says the trade effect of the war on the region is limited, as "Russia [is] not that important as a trading partner of any country in this region”. As a result, the direct trade impact even from huge hit to Russian GDP is not that significant – though a full energy embargo would result in a significant downgrade in CEE growth this year, especially for the countries that are more reliant on Russian gas.

Meanwhile, the rift over Ukraine has already put some countries in emerging Europe that until now have sought to balance relations with Russia and the West under pressure to pick a side. Serbia, which wants to join the EU but has refused to join sanction on Russia, is a prime example.

Grieveson believes the non-EU members in the region, especially those from Southeast Europe, will no longer be able to work with both Russia and the West. "The balancing act – maintaining economic and financial relations with the West and Russia – will become much harder, there will be more pressure to choose a side,” he says. Only a major economic power like Turkey, he believes, has a chance of continuing to work with both sides.

And when it comes to which side to choose, wiiw data presented by Grieveson show clearly where the economic – if not the political – case lies. For all of the non-EU members in Southeast and Eastern Europe – including Russia’s close ally Belarus – the EU and US are overwhelmingly more important economic partners than Russia and China.

bneGREEN: Poorer cities the most exposed to climate change
A maze of smuggler tunnels: the Kyrgyzstan-Uzbekistan border
Tug of war emerging over what role Iran (and its oil) should play in new world order